Supercar Blondie has opened up about paving the way for women in the super car – and now eSports – industry, after being made to feel like she didn’t belong.

The YouTube and Instagram star – real name Alex Darvall – has a following of more than eight million for her incredible super car content, as she shows off the world’s coolest vehicles.

However, being one of the first women in the industry certainly wasn’t easy, as she revealed she faced judgement online and in person when she began her career.

Chatting to Metro.co.uk as she partners with McClaren for the Velo e-series, Alex explained: ‘It’s been a struggle, definitely. When I first started, really I was the only woman at most car events and there would be a lot of wrong looks or chatter when I entered the room, like “what is she doing here? She’s a woman, she’s not a car expert, she doesn’t belong here.”

‘There was a lot of push-back from car journalists and some peers who had been in the industry for quite some time and, of course, they were all male.

‘I just kept pushing through, and I had the support of my husband, and my family and friends and everyone. It was hard, I have to say. I got a lot of flack online and even in real life at events for doing what I did. I kept doing it because I was like, “I quit my whole career for this.”‘

Alex previously worked as a radio broadcaster. However, after realising that her passion for cars could become a career, she took the leap and quit her day job to take up YouTube full time.

‘I thought, “Screw you guys, I’m just gonna go for it,”‘ she added of her critics. ‘I have just as much right to be here as anyone else, so let’s just do it. I just kept turning up at these events and trying to ignore it as much as I could, ignoring all the comments online.

‘The more I turned up, the more I was expected to be there. Eventually people came to expect it so it went from expecting to accepting and now it’s like, “Oh, where’s Supercar Blondie?” if I’m not there.

‘So it’s cool but it was obviously a struggle in the beginning to go through that process. I have to say, 80% of my following is male so I’m actually very supported by men around the world – it’s just the minority that speaks the loudest sometimes.’

Inadvertently, the 35-year-old found herself paving the way for other women, who had previously been intimidated by the male-dominated nature of the industry, to join her.

‘When I first started this, I didn’t go into it thinking, “I want to be this trailblazer and make the way for women” in the industry, none of that. I literally just loved cars and wanted to do my thing,’ she explained. ‘It’s a really nice thing to have come from the struggle.’

Now, Alex is taking on the eSports world, gearing up to battle against 7 Days hitmaker Craig David in the Velo e-series.

The four-part series will see celebrities go head-to-head against internet sensations, beginning this weekend with Alex and Craig.

While Alex is fairly new to the eSports world, she’s already obsessed.

‘You don’t really need to be any good at it to be part of it!’ she pointed out. ‘It can just be a bit of fun for everyone, I really like that.

‘I didn’t grow up gaming for hours and hours – I’m not a pro at anything to do with eSports or gaming at all – when you get behind the wheel of a game, you can go for it and have a bit of fun.’

However, she’s not convinced her driving expertise is going to help her out on the virtual racetrack.

‘Just for amateur drivers like you or me, you’ve got to kind of listen to the engine because you’ve got to know when to shift – I think that’s the one skill you can kind of bring over from real-life driving into driving a super car in a game,’ she explained.

‘I’m very in tune to knowing when to change the gear because of the sound of an engine. Other than that, I think it’s quite a different skill, because it feels so different online to in real life!’

In real life, Alex prides herself on her driving expertise, but even she has had a pretty near-death experience while driving a super car.

‘I’ve driven in India and there was this one moment when I was driving on a highway and there was a big concrete barrier sticking out in the middle of the fast lane, just suddenly,’ she recalled.

‘And we were going over 100 kilometres an hour and there’s this massive concrete barrier right in front of me. Like if I’d taken my eyes off the road even for a split second, that could have ended in disaster.

‘And in India you’ve got the cows crossing the road – it was a completely different driving experience for me and I think I’m glad I had so much driving experience in super cars before I went there to drive because I knew how to handle the car in that split-second.’

Near-misses aside, there are a few moments that Alex classes as the most surreal points of her life – racing with Craig David for one, and teaming up with Richard Hammond and James May for a video.

‘That was a real moment for me,’ she recalled fondly. ‘That was still kind of when I was trying to prove that I could be in this industry.

‘I flew over to London just to do a video with them. Sometimes you don’t want to meet the people you’ve watched all your life because they might not be the person you think they are but in terms of those guys, I had a great time. They were just so down to earth, and I just thought, “Wow, this is really a moment.”‘

She’s also not ruling out another collab, now that they’ve got fans obsessed with The Grand Tour – so watch this space.

Ultimately, however, it’s the feeling of just living her dream life that is most surreal to her.

‘There was this trip that I took, it was close to the Saudi Arabian border. We all started there with super cars. We gathered there with a police escort,’ Alex recalled.

‘We had police escort in police super cars as we drove through the desert. We also had a police helicopter above us and I was driving in a long line of the most extraordinary cars but at that time I didn’t own any, I was borrowing a Ferrari from Ferrari, and I was just like, “This is the most incredible life.”‘

The VELO ESERIES has been brought to fans by VELO as part of its ongoing global partnership with McLaren Racing. 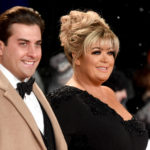 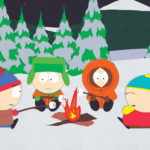