Tia Mowry has opened up about the impact conversations about police brutality has had on her nine-year-old son, Cree.

Like many parents in the past year, the Sister Sister actress has been forced to educate her child about the issues that were highlighted following the death of George Floyd while being arrested by police officer Derek Chauvin.

She continued: ‘We thought it was important to share with our son Cree, who’s almost 10 now, what’s going on. We’re also the parents that allowed him to watch the debates. He showed a curiosity to it, and we wanted to inform him about what was going on.’

However, Tia admitted there is a fine line about how much she should share as the actress continued: ‘We have been very open and honest with him about police brutality, about what happened with George Floyd.

‘For a minute, it caused him a lot of anxiety. He was like, “Mommy, I’m scared.” Those were his exact words. Because he understands that he is Black and he understands what comes with that because we’ve educated him about that.’

Tia and Cory have been working hard to make it clear Cree doesn’t have to worry as she recalled telling him: ‘Mommy and daddy got this. We support you. You are safe. You are covered. Nothing bad is going to happen to you. You are going to be OK.’

The actress explained that she feels better knowing that her child is equipped to handle himself if someone makes comments about his race and appearance.

She added: ‘If you’re not having these conversations with your child, and if you’re not equipping them, how are they going to be able to stand on their own two feet and be able to take care of themselves?’

‘I, as a parent, think it’s really important to inform your children about what is going on in this world because that is where you start to see change when you bring some sort of awareness.

‘And children, in my opinion, are never too young to start doing something to help in any kind of way.’ 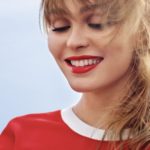 Matt Baker lifts lid on The One Show exit: ‘I said goodbye on the laptop and that was it’