Influencers Mufasa and Hypeman were invited to stay at Kayne West’s ranch after their video went viral on TikTok.

Mufasa, real name Jeff Obengm and Hyperman, real name CT Moody, are the unlikely duo that shot to fame following the release of their iconic adaptation of MK’s remix for Nightcrawlers’ Push The Feeling On.

The video, which was originally released in 2019 and sees people jumping out of their cars to dance alongside it, spread joy to millions around the world and soon became TikTok famous.

The trend has also seen the likes of Kayne, Katy Perry and even Gordon Ramsay taking part in the challenge.

Out of all of the celebrities that took part in the trend, Mufasa told Metro.co.uk that he was most surprised by Kayne.

‘One of the most surprising ones was Kanye West to me,’ he told us. ‘I have seen him dance before but not alongside a vehicle.’

The Gold Digger hitmaker was so blown away by the duo’s video, that he invited them to his ranch.

Mufasa continued: ‘Kanye West reached out to me the day he did his video. He told me he wanted to fly me out (to him) right now.

‘So, I just went to his ranch and stayed there for about a week. He wanted me to stay longer but it was around the time of my birthday so I had to leave.

‘We have met up three times so far.’

Speaking about the video’s success and how it came about, Mufasa added: ‘It happened in 2019 and we were doing videos just like that.

‘So one day I decided to switch it up and because I like all types of music, I wanted to do one of my favourite tracks which was Push The Feeling On, so I talked to the Hypeman and he was like “Let’s do it”.

‘We only did two or three takes and then we were just going to pick the best one. We just thought it would be a video we had done, a couple of laughs, but the reaction we have got is mindblowing.’

Mufasa, originally from Ghana but living in Virginia, US, has been posting videos since 2018, but his popularity exploded during lockdown, thanks to his upbeat, joyous videos.

In one of his latest videos, he paid a hilarious tribute to Will Smith’s role in Men in Black. 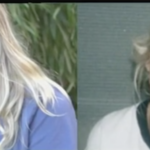 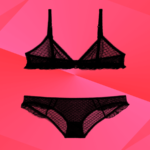 8 Lingerie Labels To Fall For This Valentine’s Day