Most people’s social media timelines have been flooded with sea shanties thanks to TikTok, and it’s worked out pretty well for The Longest Johns, who have ended up in the UK top 40 singles chart.

The band are the creators of Wellerman, which has exploded across TikTok in recent weeks (including a flawlessly edited version of the meme lads singing the track), and the catchy sea shanty has proven so popular it has entered the Official Singles Chart at number 37.

For The Longest Johns, a Bristol band made up of Jonathan ‘JD’ Darley, Andy Yates, Robbie Sattin and Dave Robinson, it’s their first chart hit.

The track has also proved successful for Scottish postman Nathan Evans, who kickstarted the trend by singing his over version of the sea shanty on TikTok.

His rendition of Wellerman blew up so much that Nathan got spotted by execs at Polydor, who have since signed him up to the record label.

The Official Singles Chart was once again topped by Olivia Rodrigo with her debut single Drivers License, which held the number one spot for the second week.

Drivers License retained its chart-topping position with with 117,000 chart sales, a figure three times higher than her closest rival.

It also got 13.7million streams, the biggest one-week figure for a number one song in two years, following Ariana Grande’s 7 Rings which debuted with 16.9million streams in January 2019.

The highest new entry of the week is Don’t Play by Anne-Marie, KSI and Digital Farm Animals, who took the number two spot on the chart, making it Anne-Marie’s highest-charting single as a lead artist. 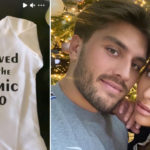 Lauren Goodger shares babygrow from Charles Drury’s mum and it’s quite something: ‘Conceived during the pandemic’ 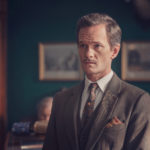