Ulrika Jonsson is preaching the benefits of having a toyboy – and reckons she’s ‘God’s gift’ to younger men.

The 53-year-old has been open about enjoying sex again following the end of her marriage to Brian Monet in 2019.

While Ulrika has dated men her own age as well as older guys – noting she had just turned 30 when she had an affair with nearly 60-year-old Sven-Göran Eriksson – she now sees the positives in opting for men in their 20s.

The Gladiators star is happy to date any man aged 21 and up, and hinted that she has recently had a ‘dalliance’ with someone 21 years younger than her.

Ulrika wrote for The Sun: ‘It’s taken me a while to become the self-assured, sharp-witted sex goddess I now am.

‘I don’t want kids and marriage, I want laughter, good food and sex . . . please. To that end, surely I’m God’s gift to the younger man?’

The mother-of-four added that she wants somebody spontaneous, ‘with a youthful, blossoming body who isn’t so dragged down by life that he is disengaged from his enthusiasm, has retired his energy levels and parked his stamina in a disabled parking space outside the House Of Fun’.

However, Ulrika admitted that dating someone who can only just drink in the States may not sit well with her eldest son, who is 26, and eldest daughter, who is 20.

The TV star’s love life has been in the headlines since her rise to fame in the 1990s, with her relationships with Eriksson, Hunter from Gladiators and Stan Collymore the subject of much tabloid attention.

Ulrika married her third husband Brian in 2008, but after their split, she shared that they had only had sex once in eight years, leaving her feeling ‘repulsive’.

She told Metro.co.uk: ‘It had a really detrimental effect on me. I started disliking myself; my body; I felt repulsive and started shutting myself off physically and psychologically.

‘I became quite insecure about myself.’

During her marriage, Ulrika even considered having an affair to cope with the loss of intimacy.

However, since their break-up, Ulrika had sex again for the first time in five years in February 2020 after meeting a man over social media, and joked that it was like losing her virginity all over again.

What Venus In Aquarius Means For Your Valentine’s Day 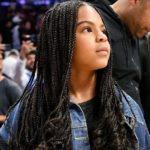