James Fleet was rushed to hospital to undergo an emergency removal of his appendix.

The Vicar of Dibley actor – who played Hugo Horton in the comedy – revealed the news on Twitter, explaining that he was recovering after the operation.

‘In John Radcliffe hospital after last night’s emergency removal of my appendix,’ the 68-year-old began.

‘Recovering in a ward of other old blokes I have learned that I can be much bolder with character work.’

Proving that his humour was still intact, he later added: ‘Thank you for messages, I’m home again already.

‘No photo but I asked the surgeon what a perforated appendix looks like – it’s like a squashed earthworm, and we’ve all seen those.’

‘I hope you feel much better soon xx,’ a follower replied, as another commented: ‘Take good care of you.’

‘Much love and a speedy recovery,’ a Twitter user said.

As one added: ‘Great to hear! The home again bit, that is. Not the squashed earthworm.’

James was last on our screens during the recent Vicar of Dibley Christmas specials, reprising his role as lovable Hugo.

The iconic Dibley resident stepped in to host a sermon on behalf of Geraldine Granger (Dawn French), after she skipped off to Cadbury World with husband Harry (Richard Armitage).

Becoming a little flustered at all the technology, he resorted to a paper presentation as he addressed locals – as well as viewers watching on from home.

A photo of Hugo’s wedding to Alice Tinker could be seen in the background – serving as a tribute to real-life actress Emma Chambers, following her tragic death in 2018. 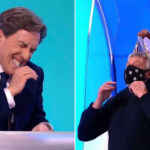 Rob Brydon and Lee Mack cry with laughter as Would I Lie To You? magic trick goes wrong 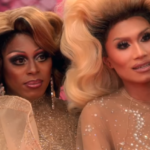