A growing number of celebrities have jetted off to Dubai in recent weeks to enjoy the sun, sea and sand – or work as they insist – while the rest of the UK remains in lockdown during the coronavirus pandemic.

Stars such as Laura Anderson, Georgia Harrison and James Lock are among those who have been pictured hanging out in the United Arab Emirates over the past month, sparking criticism for enjoying the high life abroad despite the risks amid the health crisis.

Dubai is currently on the quarantine list with the UK set to close all travel corridors from Monday.

Experts have said celebrities can earn as much as £50,000 for posting sponsored photos in beach locations during the pandemic but not all of the stars have flown out for work…

The former Love Island star lives in Dubai part-time and was actually a resident there for around eight years before appearing on Love Island and rising to fame.

The 33-year-old defended her job as an influencer after being criticised for being in Dubai and explained: ‘This whole thing about everyone hating influencers, I’m just like f**k.. this is what I do for a job at the minute. I don’t want to feel c**p.

‘I’m thinking maybe, would it be a good idea to give more of an insight into the reality of being an influencer. I think a lot of young people might want to do it, but you realise it’s not that great when you see the reality of it. I saw someone in my comments saying you’re on holiday, but when you’re working you’re not on holiday.’

She continued: ‘On holiday doesn’t mean just in the sun. I want people to understand then maybe they won’t get as annoyed, it’s not just right now, all the time.

‘I remember when Molly-Mae went into the villa everyone was like omg she’s an influencer, as if it was a negative thing. I thought it would be a good idea to give an insight so people don’t hate it as much and realise how hard it is.’

Laura appears to have flown back to the UK this weekend and has stated she will be quarantining per the guidelines.

According to her Instagram bio, the ex Love Islander now lives in Dubai and appears to have been there for around a month.

Georgia spent some time in the Maldives in November and posted several sun-kissed photos, some of which were work-related as she promoted her own lash and brow serum brand.

Last week, Georgia along with fellow reality stars Josh Ritchie and Yazmin Oukhellou attended the launch of a video commerce app and enjoyed dinner and a show inside The Palm Jumeirah at the swanky Pointe’s Meshico restaurant.

Eve and her twin sister Jess have joined the masses in Dubai where they’ve been since at least December.

The Love Island stars rang in the new year in the UAE and have posted sponsored beach photos for clothing brands such as Missy Empire.

The Geordie Shore star has given her Instagram followers major travel envy in recent days, with videos and photos of her partying up a storm in Dubai.

However, it’s believed to be a work trip with Chloe promoting a bikini brand in her snaps.

She risked the fury of her followers though after complaining about not being able to get a tan easily in the Dubai sun.

‘Dunno what it is with Dubai but no one can seem to tan,’ she wrote.

The Towie is enjoying a romantic sun-kissed getaway with his girlfriend Yazmin Oukhellou.

However they’re mixing business with pleasure as James promoted a yacht company in an Instagram photo after a day on-board. 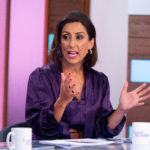