Zoe Sugg has been dropped from the AQA GCSE syllabus after an article reviewing vibrators was posted to the Zoella website.

The YouTube star has been part of the Media Studies syllabus since 2017, but has now been removed due to some of her content being ‘aimed at an adult-only audience’.

Sandra Allan, AQA’s Head of Curriculum for Creative Arts, said in a statement: ‘GCSE Media Studies includes the analysis of online and social media and we added Zoella in 2017.

‘At the time, all her content was appropriate for teaching, but some of Zoella’s recent content is aimed specifically at an adult audience and isn’t suitable for GCSE students.

‘As a result, we’ve removed the section on Zoella from the course, and we’ve contacted our schools and colleges to let them know.’

Zoe, who has been vlogging since 2007, boasts a following of more than 11 million.

She has since built up her lifestyle brand, Zoella, which shares fashion and lifestyle content, including articles and videos on sex and relationships.

The 30-year-old, who was criticised last year for putting her office manager on furlough amid the coronavirus pandemic, has also shared various vlogs and campaigns aiming to combat stigmas surrounding health.

Recently, she teamed up with WaterAid to launch a range of ‘period bags’, a campaign which aimed to support people around the world to manage their periods safely.

Last year, she also vlogged while having a smear test done to encourage people not to put theirs off.

She said at the time: ‘In all seriousness, I do feel that’s its important and it’s something I would have found very reassuring.’ 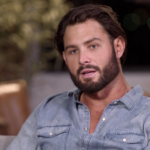 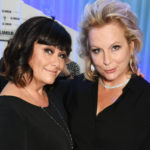