To close out the weekend, Ivy Park, Beyoncé’s popular athleisure line, released a sneak peek of its upcoming collaborative collection with sportswear giant Adidas. The teaser video, which premiered on Sunday evening, first shows a snow-capped mountain, before flashing to a number of different menswear and womenswear looks. Also included in the video are snow boots, metallic and patterned puffer coats, and sweatsuits galore. To finish it off, Beyoncé added this season’s top Instagram fashion trend, the snowsuit, to the line. And, lucky for us, the entire collection, aptly titled Icy Park, is “coming soon.”

According to WWD, the footwear portion of the collection will include five new styles — updated versions of the Ivy Park Ultra Boost, Forum Lo, Forum Mid, and Super Sleek sneakers, in addition to the brand-new Super Sleek Boot — all of which are white with gum-coloured soles. A campaign photo shows Beyoncé wearing the snow boots with a white, fitted, bustier bodysuit, puffer gloves, and a faux fur cap.

But Beyoncé isn’t the only celebrity starring in the campaign. As reported by WWD, the roster also includes Gucci Mane, Kaash Paige, and Akesha Murray. Oh, and supermodel Hailey Bieber, a longtime Adidas collaborator. In the campaign, Bieber can be seen wearing hot pink bike shorts and a matching, long-sleeve crop top with white platform sneakers and a pink beanie — while laying on an Adidas-branded Ford Bronco in the same bright shade and print as her look. (Casual.)

HAILEY IS PART OF BEYONCÉ’S IVY PARK COLLECTION???? WHAT SHE DESERVES pic.twitter.com/8tnTQvq7pT

A newcomer to the Ivy Park family, Bieber’s appearance in the campaign surprised and delighted fans on Twitter; responses like, “HAILEY IS PART OF BEYONCÉ’S IVY PARK COLLECTION???? WHAT SHE DESERVES” and “HAILEY FOR IVY PARK OMG” flooded the social media platform following the release of the video and photos.

While you wait for the launch of the Icy Park collection, check out what else Twitter had to say about the forthcoming drop.

I thought I had the stress of Ivy Park drops behind me but here we go again pic.twitter.com/xeEGroscF2

IF BEYONCÉ THINKS SHE CAN JUST KEEP DOING THESE IVY PARK RELEASES ALL WILLY NILLY AND ALSO THINKS I’M GOING TO SPEND MY HARD EARNED DOLLARS ON IT, then she’s absolutely right. #adidasxIVYPARK #ICYPARK

Me getting ready to buy more Ivy Park after saying I wasn’t gonna get anymore pic.twitter.com/kCyOGVACv4

hailey rocking Beyoncé’s ivy park collection and now she is the face of icy park. SHE ATE pic.twitter.com/mzVxrffGtJ 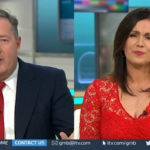 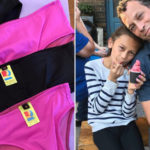