From playing a 19th-century trapeze artist in The Greatest Showman to a young woman struggling with addiction in Euphoria, Zendaya’s acting has range. This extends to her fashion choices, too, with each look unexpected and unlike the one that came before it. Last year alone — a worse-than-usual year for clothes that weren’t sweatpants — she wore a plunging purple dress for the Emmys and a gravity-defining ballgown for InStyle (both by Christopher John Rogers), a hot pink breastplate by Tom Ford for the Critics Choice Awards, and very good bucket hats for GQ. Behind all those diverse, compelling looks is one stylist, Image Architect Law Roach.

Roach’s newest collaboration with Zendaya is on display in Netflix’s new film Malcolm & Marie, which marks the first time he worked with the star on a film project in their decade of working together. “I got the call from Zendaya saying that [director] Sam Levinson wanted me to be a part of the project. I was so happy and so grateful and so humbled because I never got a chance to work with Zendaya in this capacity,” Roach told Refinery29.

While the one-location film shows Zendaya in only two looks, the fashion featured is a testament to Roach’s signature touch — the ability to make any outfit, whether it’s an avant-garde red carpet gown or a tank top and sneakers, alluring — which has made him one of Hollywood’s most in-demand stylists today. (His other clients have included Celine Dion, Anya Taylor-Joy, Hunter Schafer, and Kerry Washington).

From the moment Zendaya’s character Marie appears on-screen, she exudes sensuality, dressed in a tight-fitting pewter gown with revealing cutouts and a thigh-high slit. “I think being sexy is a huge part of her personality and just who she is,” Roach said of Marie. “I think she owns her femininity and really loves to express that through her wardrobe.”

When discussing the dress prior to filming, Levinson’s one requirement was for it to be timeless. “He said, ‘When someone watches this film 20 years from now, I want this dress to still be relevant and beautiful,’” Roach said. “I was like, ‘No pressure Sam.’”

To carry out this vision, Roach started by pulling some ready-to-wear dresses but decided to create a custom look after they didn’t feel “special enough.” After enlisting fellow stylist, good friend, and Aliétte designer Jason Rembert, Roach went back-and-forth with Levinson and Zendaya on sketches before landing on a few. “Jason was in New York and I was in LA on FaceTime with him while we were going through the fabric store and picking fabrics,” said Roach. Because the film is black and white, the material of the dress was key: “The fabric needed to have movement. We chose a lot of fabrics and sent them back to Sam and Zendaya, who did camera and lighting tests.”

The work paid off. On-screen, the dress catches and absorbs light with Zendaya’s every move and camera angle. Up close, the details are even more mesmerising. As Malcolm — played by John David Washington who was styled by Samantha McMillen — grazes Marie’s waist with his hands, the camera follows his fingers, showing every fold of the intricately rich fabric that looks made from liquid mercury. During one particularly emotional scene, Marie tells Malcolm that he should thank her “for looking so goddamn sexy in that dress.” Elsewhere, in a cooking scene sequence that’s not for the faint of (fashion) heart, Marie, still in the dress, throws open a stick of butter and tosses the just-boiled pasta into the colander without any pause — which I wouldn’t even do in an apron let alone a couture gown fit for a movie premiere.

Halfway through the film, Zendaya trades her red carpet look — which delightfully includes a pair of  Wolford tights with a back seam that get their own scene — for white underwear and a sheer tank top, a reference to Nicole Kidman’s look in Eyes Wide Shut. “We went through a bunch of different brands and cuts to get the best and the most flattering and still sexy silhouette.” The style that they landed on is refreshingly attainable, a ribbed tank from Aerie.

At one point, Marie throws a vintage floral robe over it, which, according to Roach, was “from Zendaya’s closet,” says Roach.

When speaking of coming up with the looks for the film, Roach says that he approached it like he would a photo shoot or a red carpet appearance with Zendaya. “Except I wasn’t dressing Zendaya. I was dressing Marie who is leaps and bounds different from Zendaya. But I think the process was still the same — finding something to be inspired by and creating a story with the wardrobe,” he says. “Everything that I do with Zendaya always starts with a narrative. It starts with us creating the character.” 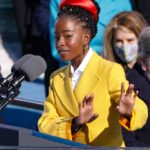