By now, it’s no secret that the North Face Nuptse coat is one of fashion’s most popular winter staples. This season alone, the puffer jacket, which was first introduced in the ’90s, has been spotted on Emily Ratajkowski and Bella Hadid, among many others. That, and it was revised for two popular designer collaborations, with Gucci and MM6 Maison Margiela — the former appearing on J.Lo, Jodie Turner-Smith, and A$AP Rocky; the latter endorsed by Hadid and Hailey Bieber. But while the popularity of the jacket has long been public knowledge, now, it has officially become the “hottest product in the world.”

According to fashion search engine Lyst’s Q4 Index, a data-driven report based on the shopping habits of more than 100 million people, both the women’s and men’s versions of the North Face signature were the top products on the site. This finding was based on the volume of social media mentions, searches, page views, interactions, and sales across thousands of online stores. The report also states that this is the first time in Lyst history that the same exact item was in the top spot for both men’s and women’s categories.

These results follow a report by Lyst in November, in which it stated that search for the North Face puffer jackets was up 150% month-over-month, while demand for the Nuptse puffer, in particular, grew by 71%.

Though this winter was especially good for North Face with the aforementioned designer collaborations, the Nuptse jacket has always had a place in fashion. Not only was it popular in the ’90s with rappers like LL Cool J and Method Man and, in later years, with celebrities like Jennifer Aniston, Halle Berry, and more, but, in the three decades since it came out, it has become a favourite with just about everyone who lives in a colder climate. But while the Nuptse never left, this year has seen more interest in the jacket than ever before, whether because we’re spending more outdoors, as a result of the pandemic, or the highly anticipated collaborations that put the jacket back in the spotlight.

Speaking of collabs, also included in Lyst’s Q4 Index was Gucci. Just like in Q3, the Italian fashion brand was named the hottest brand of the quarter, with GucciFest, Harry Styles’ Vogue cover, and the North Face partnership being noted as the reasons for its top placement.

Unfortunately, getting your hands on a Gucci x The North Face puffer might be tricky — currently, they are not available online — not to mention, expensive — the puffer jacket worn by Lopez and Turner-Smith retails for £2,500. Snagging the even more popular Nuptse jacket, however, is easy. 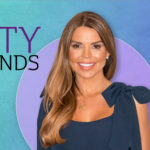