Elite women’s gymnastics has always been a somewhat niche sport. Most people didn’t think about it much, except during the Summer Olympics when, for a few weeks, we’d all marvel at the athletes’ physics-defying performances. But that changed when horrific stories about the pervasiveness of sexual and physical abuse in the sport started to come to light in the mid-2010s. As athletes stepped forward to talk about their experiences, perpetrators were named, and court hearings stretched on, gymnastics was on everyone’s minds for reasons that were far from celebratory.

The shadow cast over the sport from high-profile cases like that of Dr Larry Nassar, who abused athletes on Team USA and at Michigan State University, has proven to be a long one. Starting in 2016, some of the biggest names in gymnastics, from Dominique Moceanu of the Magnificent Seven to Simone Biles, Laurie Hernandez, Aly Raisman, and McKayla Maroney, shared the ways in which they suffered abuse from him and others. Athletes have spoken out in court, in documentaries like Athlete A, in ESPN’s 30 for 30 podcast titled Heavy Medals, and in the athlete-led hashtag #GymnastAlliance, where hundreds of gymnasts shared their experiences with abuse.

And yet, while the fallout from Nassar’s violations will — and should — reverberate for a long time, and hopefully lead to systemic changes within the sport, thanks in large part to social media, gymnastics is currently experiencing a moment of rejuvenation.

The sport isn’t necessarily known for being “fun”; routines in many of the most-watched competitions, like the Olympics and other national and international platforms, often use classical music and are constrained to stiff choreography by difficulty requirements that leave little room for creativity or whimsy. But over the last few years, the floor routines of several NCAA gymnasts have gone viral, and have shown a different, more lighthearted side of gymnastics.

These floor routines, which feature popular music and dance moves and possess a looseness and joy that conflicts with the uptight reputation of the sport, have some people wondering if maybe gymnastics is changing. In some ways, it is. But that point of view also touches on a common misunderstanding about the different facets of the sport.

“It’s the elite side of the sport that has long had a reputation for being uptight and traditional. Women’s college gymnastics has kind of always been elite gymnastics’ cooler older sister who parties and stays out late,” says Dvora Meyers, who writes the Unorthodox Gymnastics newsletter and authored the book The End of the Perfect 10: The Making and Breaking of Gymnastics’ Top Score — from Nadia to Now. “College gymnasts have been taking a less fusty approach to floor music and dance for years… But because elite, Olympic-level gymnastics was the only type of gymnastics getting covered in a serious, sustained way, the more so-called ‘traditional’ and ‘uptight’ performance style was the one that people ended up associating with the sport.”

As evidence that this trend is not a new one, Meyers points to a host of routines from the past 30 years of NCAA gymnastics, including University of Georgia’s Agina Simpkins’ routine from 1995, Hope Spivey Sheeley’s 1994 floor routine, and Oregon State University’s Tasha Smith’s 2006 routine. These performances are precursors to the first viral NCAA floor routine from Louisiana State University gymnast Lloimincia Hall in 2014, as well as Katelyn Ohashi’s viral number from 2019 and the routine from Nia Dennis that rocked the internet last month.

More recently, schools have been able to harness the power of social media to promote their programs. UCLA, where Ohashi and Dennis both attended, has done it better than most; Meyers credits to the school’s videographer, Deanna Hong, long-time head coach Valorie Kondos Field (who retired at the end of the 2019 season), and cites the fact that the school is located in Los Angeles, a city full of people pursuing careers in entertainment and media.

While USA Gymnastics still has a long way to go to earn back the public’s trust, athletes who suffered trauma and abuse in an elite environment are finding that the fun and camaraderie of collegiate gymnastics can offer a path back to rediscovering a love for the sport that they often dedicated their entire lives to. “When the joy of gymnastics is amplified, it’s a resounding reminder to survivors that the sport’s beauty could neither be contained nor diminished by abuse,” says Adrienne Lawrence, the author of the book Staying in the Game: The Playbook for Beating Workplace Sexual Harassment. “That’s a pride point for survivors of the sport and for survivors everywhere.”

Maggie Nichols, the titular gymnast in the film Athlete A, was the first athlete to file a complaint with USA Gymnastics against Larry Nassar. She was considered a sure bet for a spot on the 2016 Olympic team but, after reporting Nassar, she believes she experienced retaliation and stonewalling from the sport. Her Olympic dreams were never realised. Now, Nichols credits the University of Oklahoma’s gymnastics program with restoring her passion for the sport. “Coming to OU really kind of changed my life,” Nichols told Fox 23 last year. In 2018, when Nichols’ identity as “Athlete A” was revealed, her mom, Gina Nichols, said that her daughter was “just now being able to have the fun she missed earlier in her life being at a school that loves her and supports her.”

Nichols excelled at OU. The team won the title in 2019, Nichols was a six-time individual national champion, and she scored 22 perfect 10s, the fourth most in NCAA history. Unfortunately, the collegiate gymnastics season was cut short in 2020 due to the coronavirus pandemic, so the team didn’t get a chance to defend their title, and Nichols didn’t get to finish out her senior season or make a run for the NCAA perfect 10 record.

Ohashi, too, says that collegiate gymnastics helped her find joy in the sport again after she endured eating disorders and body shaming from coaches while on an elite track. Following the Nassar allegations, the public “only heard negative things about gymnastics and how it’s abusive,” she told ESPN in 2019. “But the sport isn’t abusive. It was the culture.” Ohashi says that her viral video “put gymnastics in a different light, and people have been able to see the beautiful side of the sport.”

Sabrina Vega had been a 2012 Olympic hopeful; five years later, she switched to the NCAA side as well, and decided to compete with the University of Georgia. “I knew I wanted to continue gymnastics, but I wanted to have fun with it,” Vega told The Red and Black at the time. Elite gymnasts like UCLA’s Madison Kocian and Kyla Ross and Utah’s MyKayla Skinner have also made the jump.

Now, thanks to athletes like Nichols, Ohashi, and others who are pushing for change in the sport itself, and the magic of social media making visible how fun the sport can truly be, a new generation of girls can follow their joy — hopefully without all the pain. And for elite gymnasts who feel broken down by the intensity of the sport, knowing that college gymnastics is an avenue available to them if they want to continue to compete without all the pressure can perhaps making walking away from the world stage a little bit of an easier decision.

“An athlete who is abused doesn’t necessarily stop being an athlete who is invested in their sport and showcasing its majestic nature,” says Lawrence. “Seeing that beauty on display, while knowing that your voice made it less likely that abuse is playing out in the background, can be incredibly rewarding for survivors of the sport.” 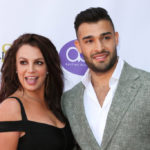 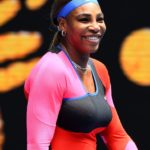 Serena Williams Is The GOAT. Why Is That So Hard For Some People To Say?