In astrology, full moons are all about endings. They shine their light on the past month, so you can take stock, spot problems, and tie up any loose ends. “Full moons have always been seen as moments in time in which the astrological energy comes to a climax,” Narayana Montúfar, senior astrologer for Astrology.com, previously told us.

These celestial happenings can also occur in any of the twelve zodiac signs, and each lunation carries the traits of the sign it’s in. A full moon in Leo may feel theatrical or dramatic, for instance, while a full moon in Gemini can bring about confusion.

Each month’s full moon also go by one or more names, such as the Wolf Moon or the Harvest Moon. The origins of these labels are a little hard to pin down, but they tend to match up with seasonal happenings; the Harvest Moon comes during the start of fall harvest season, for instance. They’re thought to be derived from a mix of Native North American, Anglo-Saxon, and Germanic month names, reports Newsweek.

Astrologers often recommend using full moons as an opportunity to spend some quiet time by yourself or with trusted love ones, reflecting on the past month and setting your intentions for the next one. To help you plan out these mini-meditations, though, you need to know when the moon will be full.

This full moon is known as the Wolf Moon because wolves tend to be most vocal around this time of year, according to the Old Farmer’s Almanac. It’s also called the Hunger Moon or the Old Moon.

The second month of the year is snowy, hence the name of this full moon. You may also hear it called the Midwinter Moon.

This one takes some explaining: In spring, the weather begins to warm and the worms begin to appear in the soil once again (yuck). This full moon is also known as the Wing Moon or the Spring Moon.

Unfortunately, the Full Pink Moon isn’t actually magenta-hued. Its name comes from the herb moss pink flower that blooms in early spring, though it’s sometimes called a Frog Moon. This year, April’s full moon will be as close as it can get to Earth, making it appear extra big and bright — a phenomenon known as a supermoon.

In May, blooms really start to blossom, hence the name Flower Moon or Budding Moon. This year’s is also a supermoon.

June gifts us with a third supermoon in a row. The full moon is named after the short — yet sweet — strawberry harvesting season, but can also be called the River Moon or the Flowering Moon.

July’s moon is called the Full Buck Moon because it’s normally around the time when the new antlers on bucks begin to show. It’s also known as the Blueberry Moon.

The Sturgeon Full Moon is named for the sturgeons of the Great Lakes; August is when they’re most easily caught; August is also corn season, which is why this moon can be called the Corn Moon. The term seasonal blue moon refers to it being the third (sometimes fourth) full moon of a particular season — in this case, summer.

The Full Harvest Moon is whichever full moon falls closest to the autumn equinox on 21st September; sometimes, it can occur in October. It’s also called the Fall Moon or the Hunting Moon.

Colder weather used to signal a time to stock up on game for the winter ahead, which is why this luminary is called the Full Hunter’s Moon. Sometimes, it’s known as the Falling Leaves Moon.

This is around the time that beavers start preparing for the winter, inspiring the name Full Beaver Moon. It’s also called the First Snow Moon.

An easy one — the Full Cold Moon is called this because it’s, well, cold in December! It’s also known as the (equally logical) Big Winter Moon. 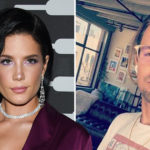 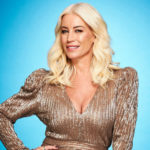 Dancing On Ice 2021: Denise Van Outen vomited and ‘nearly passed out’ from pain after fracturing shoulder in horror fall