“The ‘switch’ is quite unnerving. I could be carrying on quite normally at work or at home, and then a small thing will drastically alter my mood.”

Twenty-three-year-old Shannon Vanderstreaten works in children’s residential care in the East Midlands and suspects she has cyclothymia, a form of bipolar disorder. While there are no numbers for cyclothymia, it is thought that 5% of the UK population is on the bipolar spectrum. Shannon doesn’t experience the extreme manic highs and depressive lows that she recognises from her mother’s own reckoning with manic depression (her mother prefers this term to bipolar) but she describes the experience of feeling “a switch going in my brain”.

“I feel my mood still cycles and can switch quite violently, which is why I think cyclothymic disorder best describes what I might be experiencing.”

Cyclothymia is a mood disorder that forms part of the bipolar spectrum of disorders. According to Molly, a peer support officer at Bipolar UK, it is referred to colloquially as ‘mild bipolar’, although the charity tries to avoid this terminology. “When we speak to people, we try really hard to emphasise that though those symptoms may be clinically mild, it doesn’t make them any less distressing for the person experiencing them.” This is important to understand not only so people take their own condition seriously but so that they can recognise when they do need to reach out for help.

In a clinical context, ‘mild’ means that the mood changes from high mood to a middling mood (called a euthymic state) to a low mood, which is very similar to bipolar. Unlike bipolar, moods are not clinically severe enough to meet the category for mania or major depression. Instead of mania you experience the less intensive hypomania and the low mood is not so severe that it affects someone’s ability to function.

“People with cyclothymia may still be able to maintain some of the tasks that they previously had,” says Molly, “things like work, relationships, etc. but they will still be impacted by those mood changes.” Sometimes, in some people, cyclothymia can be a precursor to bipolar disorder; other people maintain a mild level of symptoms throughout their life.

It’s important to note that while the highs and lows are not as extreme as they can be in bipolar disorder, living with cyclothymia is still distinct from what people without a mood disorder understand as ‘mood swings’. People experience a wide range of emotions throughout their life but just as feeling sad for a few days if something unpleasant happens at work isn’t a form of clinical depression, neither does feeling excitable about good news for a week mean you’re experiencing hypomania. The key difference is the impact and duration of these mood shifts. “When clinicians are looking at making the diagnosis, they’re often looking at the duration of those moods,” says Molly. In particular, they are looking to see if the low or high moods are sustained over a long period, and how impactful they are on a person’s ability to function. In the case of cyclothymia they also look at the person’s stability: one of the diagnostic criteria for cyclothymia is that you’re not stable for more than two months at a time.

Shannon doesn’t yet have a formal diagnosis but she has begun monitoring her moods so that when she does refer herself for diagnosis, she can have solid proof of what she thinks is happening. However, she does feel a bit cautious about seeking treatment.

“I recently had one of my most extreme periods of mood switch that made me realise I should probably speak to someone, but I keep putting up a mental block with going to the doctor. It’s quite unlike me; I go to the doctor about most physical things, and have been to counselling twice over emotional issues, but I don’t see what they will be able to do for me with this.” Shannon’s reticence is made harder to overcome not only because the pandemic will likely restrict face-to-face assessment but also because, as she says, “There is also a part of me that doesn’t want to seek diagnosis or treatment, because the manic feelings can be quite nice and fun!” Despite this, she has been monitoring her moods for three months and will continue to do so until she reaches the required one year minimum for NHS assessment. As much as she may enjoy the highs, she worries about the lows. “I don’t want to feel these rages over small things, and I worry about showing abusive behaviour towards my boyfriend when the switch happens.”

If you are worried that you or someone you love may have cyclothymia, Molly says there is a range of things to watch out for, with lifestyle being particularly important. “For lots of people, lifestyle changes can be a big trigger for their changing mental health. So looking at how you can manage stress and how you can manage your sleeping pattern is important.” Different forms of stress will have a different impact too: stress over a family member’s wellbeing, or the impact of grief, will have a different impact from work stress. Some people have a genetic predisposition to mental health conditions related to illicit drug use, so those who take a lot of stimulants or smoke a lot of weed may be more likely to develop symptoms.

Molly adds that having a child can also be quite impactful. “They don’t really know why, but some people can have their first episode of what they call postpartum psychosis or mood change in relation to the hormonal changes that happen after giving birth. So if you are trying for a baby, pregnant or have recently given birth it’s really important you share your experiences if you start noticing that you’re experiencing some mood changes, even if you think that you might be just hormonal (that’s quite a common thing that we speak to people about).”

With a combination of medication, therapies and some form of extra support like self-management or psychoeducation, cyclothymia can be thoroughly managed although, as with everything, the current pandemic will have had an impact on access to those treatments. Molly is quick to warn against self-diagnosis or attempting to self-medicate in any way, even if you are waiting for a referral.

“The reason why we don’t recommend self-diagnosis is because mental health is so complex. In the spectrum of disorders that appear to be bipolar disorder to the untrained eye, there can be other things going on: personality disorder, major depressive disorder, some anxiety and panic disorders can look a bit like bipolar disorder. There’s also some physical health conditions that can look like bipolar disorder so we encourage people to get clinical advice.” Instead she advises putting an appointment in the diary so that you have a deadline, monitoring your mood so you have something to point to when you see your GP, and looking at what self-management options you can consider. “Not taking extreme action but looking at ways you can self-manage safely: things like monitoring your moods, recognising your triggers, taking part in activities that help with relaxation and sleep, avoiding stress, all those kinds of things can be helpful ways to temporarily manage your mood while you’re waiting for clinical services to become available to you.” 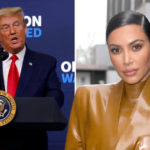 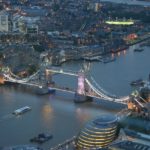