Aquarius season is finally here. I can’t help but feel that this is one of the most wonderful times of the year — and not just because I’m an Aquarius rising. During this season, which starts on 19th January this year, our innovative, progressive, activist energy comes out to play. We asked astrologers exactly what we could expect over the next month, and it turns out that this is an especially potent Aquarius season, says astrologer Lisa Stardust.

That’s because the Sun, Mercury, Venus, Jupiter, and Saturn are all currently residing in the sign of the water bearer. Stardust points out that each of these planets are also forming squares with unpredictable Uranus in Taurus, meaning that many surprising changes will be coming our way this month. That’s not a bad thing. “The good news is that our eyes are being opened,” she says. “We’ll have shifts in the way we think and feel.”

Stephanie Powell, head of content for Horoscope.com, warns that Aquarius season is starting with a bang. “On 20th January, Mars, the Planet of Anger and Motivation, connects with Uranus, the Planet of Disruption and Revolution,” she explains. “This isn’t your typical chill, let’s-hang-out-with-friends-and-schedule-more-Zoom-happy-hours kind of Aquarius energy that we’re used to. This is energy that is activated, charged up, and eager to express its frustrations.” (It also falls on US Inauguration Day — and after the incredibly divisive election and the tumultuous last few weeks, it comes as no surprise that tensions may be flaring.)

The Aquarian energy will become more somber on 23rd January, Powell says, when the Sun meets with Saturn, the Planet of Structure and Responsibility. “There will be a resistance to change, both on a personal and macro level,” she explains. But: Uranus’s various connections means shifts will keep coming, and a 26th January square between the Sun and Uranus will light up potential growth areas in our lives.

Also worth noting: The first Mercury retrograde of 2021 will take place during Aquarius season. It starts on 30th January, with the pre-retrograde shadow beginning 15th January. Retrogrades get a bad rap, but they’re a good time to take stock. “Reflecting on your role in the collective and how you can make this world a better place is something we should be doing year-round, but you might find yourself spending more time ruminating on this topic [during this retrograde],” Powell says.

On 10th February, Mercury, the Planet of Communication, will form a tense aspect with Mars, the Planet of Anger. “Our words have weight, Powell warns. “Be careful how you use them, and try not to project onto others.” This can be especially true in romantic relationships. As Valentine’s Day approaches, if you find yourself having trouble communicating with your partner, take a step back and breathe. Trying to get your point across while frustrated or angry is rarely beneficial — for either party involved.

Closer to V-day, we’ll be blessed by a positive a conjunction between Venus, the Planet of Love, and Jupiter, the Planet of Abundance. “In astrology, Venus and Jupiter are known as benefics, the two luckiest planets in the sky,” Powell says. “When these two planets connect, positivity abounds and our ability to give and receive love increases.” This particular aspect might nudge you into making romantic plans or professing your undying feelings of love for someone (or, you know, just letting your crush know you’re into them).

Friendships are also exceptionally important during this time, notes Leslie Hale, psychic astrologer at Keen.com. “For Aquarius, friendship and companionship is often more important than a romantic relationship,” she says. “In terms of one-on-one intimacy, Aquarius may not be the best, but when it comes to groups and the collective, Aquarius excels.” You may feel a pull to hang out with friends during the holiday of love — which could be more fun than another Zoom date.

Bottom line: This Aquarius season is all about expecting the unexpected. So your best bet is to try to stay flexible, and to lean into your instinct to focus more on the collective good and making progressive change. As Powell says: “Releasing your expectations and embracing an open mindset will arm you well for the upcoming astro weather.” 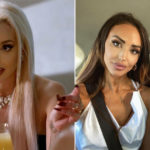