I first encountered the dark hilarity of Melissa Broder via her So Sad Today Twitter handle and have followed her work ever since, from poetry and essay collections, to her truly superb novels. Her latest book, Milk Fed, is a tale of appetites: physical hunger, sexual desire, spiritual longing, and the ways that we as humans can compartmentalize these so often interdependent instincts. It has nearly everything I want to read about in one novel: eating disorders, mummy issues, Orthodox Judaism, lesbian sex, frozen yogurt, mysticism, bullshit jobs, and an epic queer sexual fantasy featuring a phallic stationary bicycle seat at the gym.

I was thrilled to be able to speak with Broder via phone about Milk Fed at the end of 2020.

When did the idea for this book first come to you?

When I was in college, I tried to write a non-Jew version of this story — a restricted eater falls in love with a woman who is voluptuous and hedonistic and has a very joyful attitude about food. It’s always been a big fantasy of mine. But it was the worst short story ever. It launched me into writing poetry for the next 10 years, ’cause I was like, I should not be writing prose.

I’m glad you’ve come back around, because I love your prose. How did you decide to bring Judaism into the story?

I’ve been thinking a lot about getting older. It’s like you’re in a boat and it’s drifting further from the shore, but you didn’t even know you were in a boat. You kind of thought everything was the shore. A few years ago, I started feeling a longing for the cultural Judaism of my childhood, particularly the food. To me, Judaism and food are inextricable. I wasn’t sure why I was feeling nostalgic, I mean, I live in L.A — I’m surrounded by Jews! It’s literally like a giant Jew. But there are places like Ratner’s in New York, where I used to go with my grandparents or Second Avenue Deli, which is no longer in the East Village — things I thought were institutions, were no longer, and so I started writing this story to bridge the body image theme with the food and Jewish themes.

Miriam, the woman whom your narrator Rachel falls in love with, is from an Orthodox family. Do you have a connection to that community? Or did you have to do some research to get that right?

I grew up like Rachel, in a sort of sterilized, Reform Jewish community. I didn’t feel a particularly spiritual connection to Judaism other than in the music and the food, but when I was 12 years old, my synagogue did an exchange program with Orthodox families in Borough Park [an Orthodox Jewish neighbourhood in Brooklyn, NY]. They didn’t come to us, obviously, because we’re, like, heathens, so we went to them. I was really nervous to sleep over and to be on this new turf, but I ended up loving it. I think a lot of Miriam’s family is inspired by that experience. I felt welcomed and accepted. I had thought it would be all restrictions and discipline, but in fact, I found it to be more abundant than my own life in a lot of ways.

Did it change you? Did you ask your parents for more Judaism? Or did you kind of shelve it away?

I’ve always been a bit of a seeker. I’ve always felt like: It’s very strange that we exist. Why aren’t we talking about this? I lived in San Francisco after college, and occasionally, I would go to these hippie synagogues, and I really liked the music, and of course, the food, but from a religious or spiritual perspective, I feel like my life took a different path. I was very actively searching in my twenties — drugs and alcohol — but I was also reading books on Buddhism and going to psychics. I really felt like the answer was outside me, and I needed to find it. I still meditate daily, but it’s very much about, like, You’re gonna sit here and learn to live in a body. Which is interesting, because Judaism is a very earthy religion. So, I’ve come full circle in that regard.

Your writing about sex is both hot and hilarious. Rachel’s fantasy life really made me fall in love with the book. The scene with the stationary bike might be one of the best inanimate-object-sex scenes ever. Can you talk about writing that scene or writing sex in general?

To me, the fantasy elements of sexuality can be more real than the physical. Rachel is so attuned to her body, but she’s so afraid of her body. I think to be divorced from hunger, you have to divorce yourself from sexuality. You know? To turn off hunger, you gotta turn off all hunger. It’s all interconnected, right? So, to turn off hunger, you’re gonna be turning off some elements of desire and a lot is going to happen in your head. So, for Rachel to feel sexual power, it’s going to be alone on an exercise bike, where she [imagines] this magical cock. That’s when she is the most sexually potent: when she’s alone. At least at first.

Are there writers who write sex in a way that feels authentic to your own experience?

The first books you published were poems, then there was the essay collection, So Sad Today, and now these last two books [The Pisces was published in 2019] have been fiction. Is there something to that progression?

I was just gonna write poetry for the rest of my life. I used to write my poems on the subway, but when I moved to Los Angeles, I started dictating in the car, because I couldn’t type poetry on the 405. So, I started dictating, and that’s how the line breaks disappeared and how the prose started. It was a kind of organic transition that happened, really based on geographical change, and then I use the same dictation process with The Pisces. I was sitting on the beach, and it just sort of like, arrived whole. And I was like, well, I don’t know if I can write a novel, and then I thought, I’ll just dictate three paragraphs a day and see what happens. I did the same thing with Milk Fed.

Whenever I dictate something to Siri, it never comes out at all like what I’m saying. Is that how it is for you?

Yes, I don’t allow myself to edit it even if I see that literally the complete wrong words are coming out. If anything’s wrong in the first draft, I’m not allowed to fix it. The point is to generate a block of text that I can sculpt. Length is a challenge as a poet. Why would you say in 200 pages, what you could say in two pages, right? The other challenge is action, because, you know, with poetry, there can be a turn, but it can be completely internal. Whereas in prose, or fiction, or screenwriting, I’m always like, wait, another thing has to happen? I cannot believe how much shit has to happen, you know?

Yeah, and very quickly especially with screenwriting. I struggle with that too.

Those are the two challenges. So, I think dictating helps with just getting that initial bulk of text to sculpt.

How long does the whole process take?

I’d love to hear you talk a little bit more about the experience of using your voice in fiction versus nonfiction.

I kind of feel like, our characters are extensions of ourselves, they’re extensions of human beings we’ve met, they’re pieces of our imagination, they’re archetypes. I do think that it’s hard to divorce oneself from the way one sees the world, you know, to a certain extent, like, I think there’s always gonna be pieces of me in there. When I read multiple books by one author, like Thomas Bernard, you know, it’s like suicides in every book, or Houellebecq, there’s always somebody eating a TV dinner. Lucy from The Pisces is different from Rachel in Milk Fed, they have different concerns, but I created them both, you know? It’s kind of like nature versus nurture. Like, we have our parents’ DNA. My characters have my DNA, but I raised them differently. 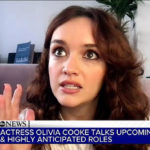 House of The Dragon: Olivia Cooke reveals ‘extensive’ audition process for Game of Thrones prequel – and it is long 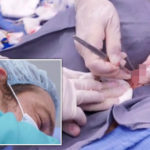