I can’t remember when exactly I encountered the two duvets, one bed sleeping arrangement, but I do know I wasn’t a fan at first. It would have been during the first year of my relationship with my Danish girlfriend (now wife), when we were long distance between my university and London and often confined to a single bed when she stayed over. So when we went to visit her family in Denmark, I was looking forward to a night in a double bed, free from each other’s elbows.

However, I quickly learned that physical intimacy (what she would probably call ‘space hogging’ and ‘clinginess’) is as important to me as being able to rest all my limbs on the mattress at once. I’m an unashamed big spoon and separate duvets felt unusual and alien. I found myself kicking mine over hers to mimic a single duvet and double-tent us. What, exactly, could be the appeal of sleeping this way? Surely it was just tradition, not preference?

I was half right. It definitely is a tradition, found all over Scandinavia and into Germany and Austria, but it’s not upheld just for the sake of it – couples who do it seem to love it. A quick google indicates it is either a Scandinavian or German custom and brings up pages of blogposts praising it. There have even been specific Ikea launches that claim to champion the sleeping arrangement by selling two separate duvets.

When I initially balked at the idea, it was because I was so used to the shared bed, shared duvet way of sleeping that I couldn’t see how anything else would work. In other words, I was small-minded and reluctant to change, assuming my way was the only way. Obviously! But what’s now the standard sleeping arrangement in the UK is actually a relatively recent phenomenon. According to Neil Stanley, an independent sleep expert and author of How To Sleep Well, sharing a bed, at least in the UK, was linked to wealth (or lack thereof). “Sleeping together is a very modern phenomenon, and it’s actually not natural to sleep together… It’s only poor people who slept together historically, because if you were rich you had enough space not to sleep together.” Yet this has become so uncommon that sleeping separately is itself a trend, often called a ‘sleep divorce‘.

In Britain, the popularity of the duvet can be traced back to Sir Terence Conran, founder of Habitat, who in the 1950s wound up in Sweden, in bed with a girl, under a duvet. A few years later, he became the first person to sell them in the UK. Until then we had been a nation of tightly tucked sheets – still found in hospitals and hotels – and the warmer, softer and more snuggly nature of a duvet meant they were initially considered good for children. Single duvets sold more than doubles until the double took over, becoming the standard sleep situation for couples across the UK.

And so we reached a point where sharing a bed, a duvet and another person’s predilections is how couples are expected to sleep. At the same time, according to the Sleep Council’s Great British Bedtime Report in 2017, almost a third of us (30%) are getting a poor night’s sleep most nights, with partner disturbance being the second most common reason (25%) after stress and worry (45%). Neil claims this to be even higher. “I published a paper back in 2005 (this was the first one of its type) showing that sleeping with a partner causes about a third of your sleep disturbance. So strangely when they move, you move; when they wake up, you wake up; when they snore, you’re annoyed.”

There are many things about the way we sleep that can disturb a peaceful night and are only heightened when you have to factor in someone else’s needs. Take the size of a double bed. “If you’re in a standard UK double bed, so a four foot six wide double bed, you each have nine inches less space to sleep in than your child does,” Neil tells me. Then there are the different preferences we all have, which become unavoidably entangled – from when you like to go to bed and what temperature you like to be, to chronic sleep disorders like snoring and insomnia.

This doesn’t affect just our sleep, but our relationships too. Dr Sheri Jacobson, a retired psychotherapist and founder of Harley Therapy tells me that the way we sleep affects how we relate to other people because it impacts how much energy we have, as well as our general levels of wellbeing. “It affects our individual mood and therefore has an impact on all our relationships, whether it’s with colleagues, friends or partners.” If your sleep is impacted negatively, you’re more likely to be impatient and irritable, which will most impact the people closest to you. Contrary to the cultural expectation that sharing a bed is testament to the strength of your relationship, if it makes you sleep badly it could drive you apart. According to Neil: “There’s actually a strong link between poor sleep and higher rates of divorce, so staying in bed with somebody who annoys you is going to cause you to probably have a worse relationship rather than be a sign of the strength of your relationship.”

Which brings us back to the so-called Scandinavian sleep method: one mattress, two duvets, two happy sleepers. With a separate duvet you bypass many of the disturbances common to sharing a bed, most obviously having to fight for the duvet. You can adjust to your preferred temperature and blanket weight, and are less likely to be disturbed by someone else’s movement. Neil agrees: “Beds are quite good at dampening the turning, and it’s actually the blast of cold air or the tug of the duvet that’s probably going to wake you up.”

Rebecca, cofounder of Scandinavia Standard, lives in Copenhagen and has been sharing a bed with separate duvets with her husband for over a decade. She says: “I love sleeping with my own duvet! It improved my quality of sleep in that I wake up less frequently due to being cold or struggling to get enough of the duvet.” Temperature is a big thing for her. “I like that I can control my body temperature better and that I can bunch the duvet around me as I like. My husband and I have duvets of different warmths; mine is a thermal duvet and his is much thinner. We’re both very happy to have a blanket that suits our needs!”

Felix, who’s been sharing a bed with two duvets for over a year, agrees. He was already a good sleeper, but definitely prefers his current arrangement. “I think it’s simply the option of independence in a shared space; being able to maintain intimacy alongside asserting a level of control over something that is relatively personal is, at least in my opinion, a conducive relationship decision.” That said, it does double the laundry load and can be harder to make the bed look ‘nice’. Rebecca’s solution is to have a large blanket that covers both duvets. “That keeps the bed looking nicely made, plus it’s a nice extra blanket to have on hand on very cold nights.”

As for the (not uncommon) idea that it will get in the way of intimacy – as I myself thought that first night in Denmark – it’s founded on sand. Rebecca maintains it has been nothing but positive for both her sleep and her relationship. “Some people will say things like, ‘But I love cuddling with my partner!’ as though that’s not possible with two duvets. It has nothing to do with anything in bed other than actual sleep time.”

Ultimately, this is what it comes down to: sleep. Not sharing a bed, not spooning, not starfishing but sleep itself. And sleep is selfish. As Neil tells me: “The bed is a very meaningful space in terms of intimacy, in terms of coupledom, and so something like separate duvets can threaten that sense of oneness or intimacy because of the cultural standard we set ourselves, but the most important thing about sleep is getting a good night’s sleep. Sleep is the most selfish thing you can do. You can’t share your sleep – you can change your intimacy but you can’t share your sleep. And we know that if one partner in a relationship has one bad night’s sleep, you lack empathy, you have more arguments, you have more negative feelings about your partner the next day. That’s not a recipe for a happy relationship. When you’re sleeping, prioritise your sleep! All the rest of the time, prioritise your relationship.”

As for how you prioritise your sleep, that is up to you. While separate beds may be the answer, many of us just don’t have the space, meaning that separate duvets is the ideal compromise. As Sheri says: “Any possible sleeping arrangement is not abnormal. It’s just different ways of doing it. So long as both parties are not being hurt by it, are not distressed by it, anything goes.” 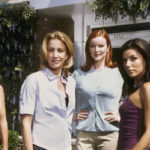