In one week we’ve discovered that two prominent MPs need to be given dictionaries for Christmas.

In an interview with the Daily Mail, Sunak spoke of his ‘very OCD approach to dishwashers’.

He continued: ‘There’s a way to optimise how much stuff you can get in a dishwasher. My dad had it, I have it. I take great pride in that. There’s a particular way I like beds to be made and things like that.’

As someone who has had OCD since childhood, that doesn’t really sound like the debilitating condition to me.

If Rishi had said, ‘I have to stack my dishwasher in a certain way because I worry if I don’t, something bad will happen to the people I love’, then I’d believe it. But on first glance, it seems like he’s just using the same lazy stereotype of the illness.

Public perception of OCD is so often about just being clean, tidy and putting things in order. In reality, it’s a whole lot more complicated.

I, for one, am a notoriously messy person. My dishwasher stacking skills are appalling – it’s a running theme in my household that my boyfriend has to reload the dishwasher after every attempt. Even when he tries to teach me how to Tetris plates, bowls and pans, I never learn.

It’s hard to explain succinctly, but OCD is actually about intrusive, unwanted thoughts and how you react to them.

Everyone has the occasional bad thought like ‘my friend is late to meet me, what if something awful happened? What if she was killed in a car accident?’. For most people, they’ll brush off these unpleasant thoughts, not giving them any weight.

For someone with OCD, these things are not so easy to dismiss. It could go a couple of ways (or all of them). They might think, ‘having these thoughts means I am a bad person’ or ‘by thinking this, I’m increasing the likelihood that this could happen’. As a result, they might perform a behaviour, or ritual, like praying to make sure it doesn’t occur, or washing their hands to cleanse themself of the bad thought.

I, for one, am a notoriously messy person. My dishwasher stacking skills are appalling

My own OCD is quite similar to this. I spent most of my teenage years with dry, cracked hands from hand washing. I would automatically assume that if I couldn’t get in touch with my mum, something awful had happened – with horrible, catastrophic possibilities popping into my head over the logical reasons, like her being in a meeting or on the Tube with no signal – and I would wash my hands – sometimes for hours – until I felt content that I had done it correctly.

It wasn’t just hand washing though, if I touched something – like an item of clothing – while I was having an upsetting thought, I would have to throw it away or put it in the washing machine because it had become ‘contaminated’ in my eyes. Or, I could be writing and have to cross out words because I felt like they had been spoiled by what I was thinking.

For others, the unease they feel may not manifest in anything physical, but will lead to them having an internal debate with themself about the ‘logic’ of the thought. They might list the reasons why their friend hasn’t been killed, but at the same time listing all the reasons they could have been. This is referred to as rumination OCD.

All of these behaviours generally only stop when the OCD sufferer feels ‘certain’ or ‘right’ that their rituals have stopped their friend being killed (or when their friend arrives very much alive). The real danger with OCD is that there is no such thing as feeling 100% conviction in any emotion, so people with OCD tend to get stuck in loops where they have to perform the ritual over and over again.

Sound confusing? It is. It’s also incredibly hard to live with. Thankfully I am in a period of having my hand washing under control after reading an incredible book called Break Free From OCD, but it’s taken me a very long time. For others, relief may come in the form of medication or therapy.

Look, I can’t be completely sure whether Rishi Sunak does or does not have OCD – and the last thing I would want to do would be to diminish his life experience if he really is plagued by intrusive thoughts. From his description, perhaps he could be relying on feeling that he has loaded the dishwasher ‘right’ to quiet his unpleasant ideas popping into his head.

However, given how common it is to hear the phrase ‘OCD’ used incorrectly, I’m largely skeptical. I guarantee anyone reading this will have heard people say it when describing being a neat and tidy person.

And we’ve seen celebrities such as Khloe Kardashian coin terms like ‘KHLO-C-D’ and use it to promote cleaning tips and organisation hacks.

If OCD was just about being able to tackle mess, I’d be proud to say I have it. Heck, if it made me a pro at loading dishwashers, I’d join all the ‘extreme dishwasher loading’ Facebook groups imaginable and revel in my diagnosis.

But it’s not, and even if Rishi does have a comprehensive understanding of the condition, it’s irresponsible for him to play up to these damaging stereotypes. 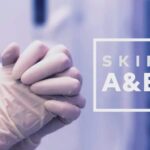