I’m not a natural jogger. My short legs slow me down and getting up a hill often resembles rolling tumbleweed or a less elegant version of that swimming sloth from Planet Earth II. I’m also not great at the get-up-and-go bit. My alarm goes off at 6am and I toss and turn, feverishly racking my brains for an excuse to roll over and stay warm under the covers: “It’s too rainy/ windy/ dark, I just felt a twinge in my little toe and what if I see that suspicious-looking dog walker again?”

When I do manage to crawl out of the house and haul myself around the local park, I take regular breaks to cure a stitch, catch my breath and pretend to admire the view. However – despite all the grumbles – when the sun is shining, the leaves are falling, the air is crisp and there isn’t an overzealous dog or child scooter in my path, running is often the only time of the week when I feel like a good, decent human being. And the glow can last for hours afterwards.

Listening to something to distract you from the boredom helps an awful lot too, and I’ve spent months searching for the perfect podcasts to get me through the tedium and towards that ever-so-sweaty smug feeling. Just remember to watch the hills – you might still need Beyoncé for those…

If you are searching for something to keep you calm and collected while you run, look no further than Radio Headspace. Created by the makers of your favourite meditation app, the podcast interviews a selection of scientists, explorers and athletes about what makes them tick. The best part about the podcast is that there are new episodes each morning, meaning you can start your run off right every single day.

Broadcasting since 1942, Desert Island Discs is one of the longest-running shows on Radio 4 and, in the ears of many, still the best. I find listening to the stories of extraordinary people helps me run faster. I mean, if Zadie Smith can write a bestselling novel at 24 and explorer Ben Saunders can reach the North Pole on foot and alone, then surely I can get as far as the local Tesco without collapsing in a wheezy heap. Ones to wrap your ears around first: David Nott, Ruth Rogers, Zaha Hadid, Ali Smith and the very pleasing Michael Bublé.

You Must Remember This

A look back at the history of Hollywood’s first century, if you like your exercise with a side of vintage scandal then this is for you. From Elizabeth Taylor’s first publicity stunt marriage to Joan Crawford’s love affairs, this podcast, narrated by Karina Longworth, is meticulously researched and brilliantly produced. I challenge you to resist a serious Wikipedia binge after each episode.

If you ever see a fellow runner sniggering to themselves on a morning jaunt, the likelihood is they’re listening to the Adam Buxton Podcast. At the heart of these hilarious and informal interviews is Buxton, who clearly enjoys getting to know interesting people. Some of these voices are familiar (longtime friends Garth Jennings and Louis Theroux), others are connections he’s made through his various interests (Michael Palin, Caitlin Moran). Framed by his rambles in rural Norfolk and punctuated by homemade jingles and occasional observations from Rosie the dog, it’s an enjoyable world to spend some time in.

Creepy, weird and utterly compelling, this is one podcast you’ll want to listen to while running in well-lit, populated areas in the middle of the day. This is a fiction serial about a truck driver on the hunt for a wife she thought was dead. Travelling across America, she encounters strange places and even stranger people, at the same time trying to unravel a conspiracy around her wife’s murder. One listen and you’ll be hooked. 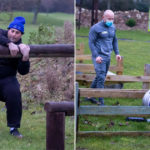 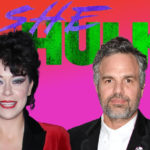 She-Hulk on Disney Plus: Everything we know about the Marvel series