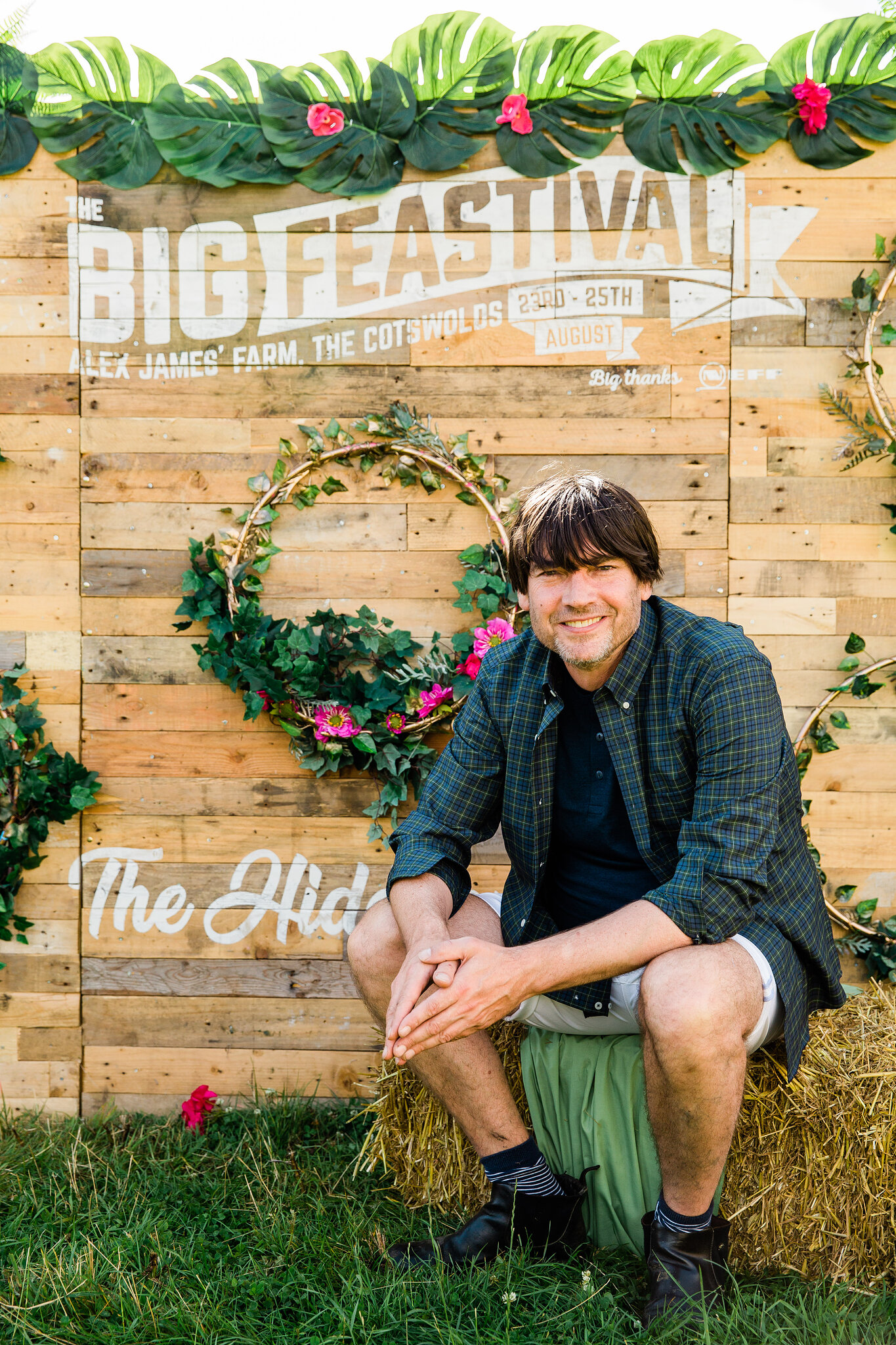 The Big Feastival, proudly presented by M&S Food, returns to the Cotswolds for its 10th anniversary this summer from 27 – 29 August 2021 with an incredible line-up of music, food and family entertainment. The Bank Holiday Weekend extravaganza, which has become renowned for delivering music of the highest calibre, world class chefs, award-winning street food and an unrivalled programme of family entertainment, is pulling out all the stops for 2021, returning with a bigger line-up than ever before for its special 10th edition. Weekend tickets are already sold out and camping passes are going fast. To make sure to be part of the Feastival fun, get day tickets now at www.thebigfeastival.com

The Big Feastival will be kicking off its anniversary celebrations with a belter of a start on Friday night thanks to multi-platinum selling DJ Sigala, Saturday night’s treat with the king of funk Nile Rodgers & CHIC, and Sunday night’s BRIT Award winner Rag’n’Bone Man, fresh from the release of his long-awaited second album “Life By Misadventure” this Spring.

Joining the line-up and making her Feastival debut is one of pop’s brightest young stars and Swedish pop sensation Zara Larsson, the BRIT’s 2019 ‘Best Breakthrough Act’ act singer songwriter Tom Walker, as well as R&B singer and “Waiting All Night” superstar Ella Eyre, whose collaboration with Rudimental topped the UK chart and received the BRIT Award for ‘British Single of the Year’. Singer songwriter Tom Grennan will also be taking to the stage, fresh from topping the Official Album Charts with his second record Evering Road, as well as the return of multi-platinum-selling artist Sophie Ellis-Bextor, who is bringing her hugely popular Kitchen Disco to the farm. 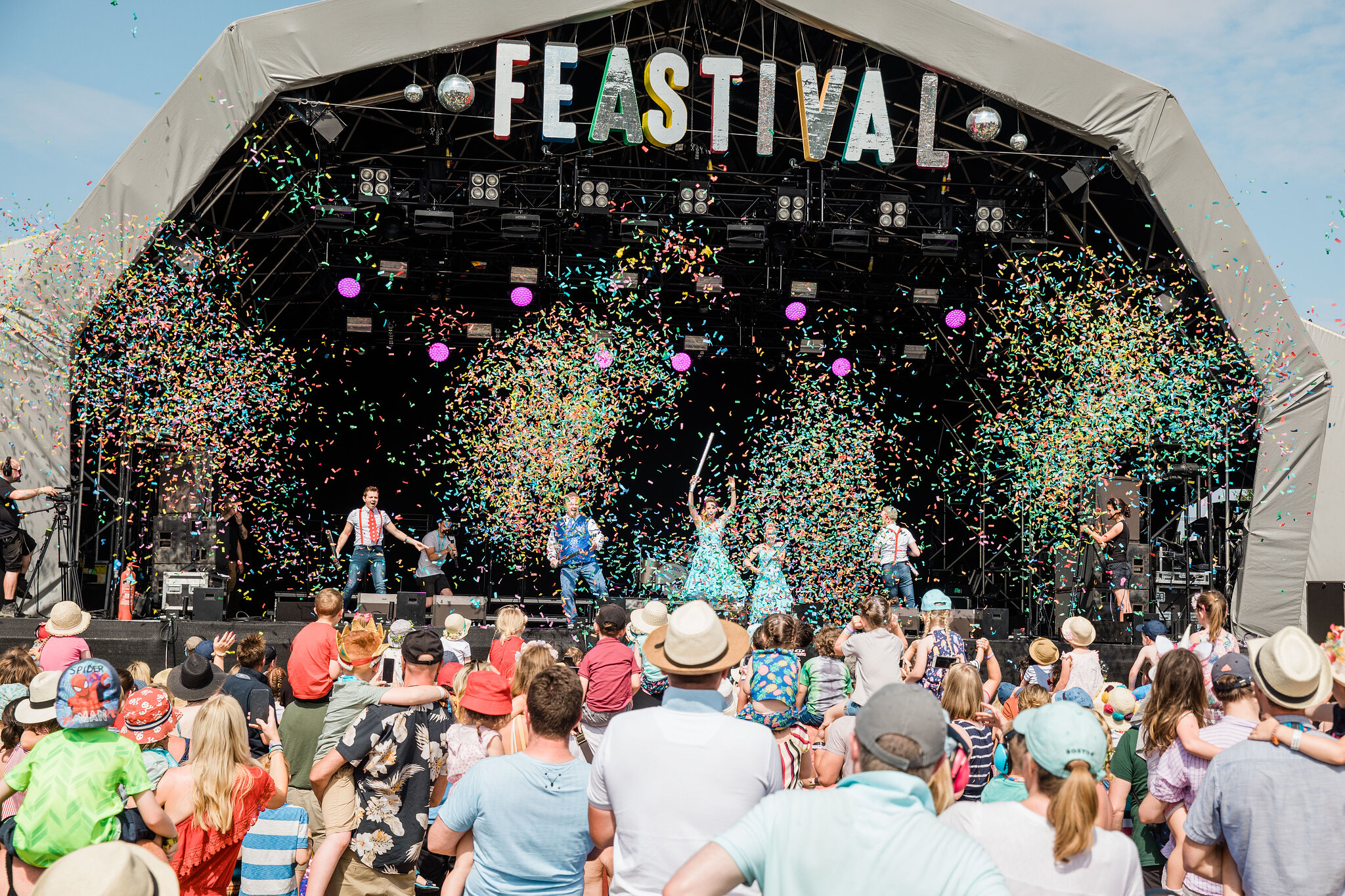 The Big Feastival will also host an incredible line up of Britain’s most acclaimed culinary stars. Renowned, two-Michelin-starred chef Nathan Outlaw, hailed as one of Britain’s finest fish cooks, will be taking to the Big Feastival stage and bringing with him his signature Cornish seafood. Mark Hix, the celebrated chef, restaurateur and food writer, who has been at the forefront of British Gastronomy for 17 years and earnt an MBE in 2017 for his services to hospitality is also confirmed. Television favourite and acclaimed chef Matt Tebbutt, well known for presenting the likes of BBC’s Saturday Kitchen and Channel 4’s Unwrapped, will also be joining them.

Emmy-nominated TV chef & cookery author Ching He Huang, who was awarded an MBE for her services to the Culinary Arts in 2020, also joins the line-up to share her dynamic approach to modern Chinese cuisine, while MasterChef winner Ping Coombes is set to continue spreading the love for Malaysian food across the UK as she makes her Big Feastival debut. Professor Green and chef Gizzi Erksine are bringing Giz ‘n’ Greens to the Feastival stage after the duo inspired millions over the last year with their ‘Monday Night Fakeaways’ series which lead to their own pop-up restaurant in Shoreditch, and Gizzi Erksine will also return on a solo outing. One of the UK’s most respected chefs, Michelin-starred Theo Randall, is also set to make his long awaited return to the festival with his exquisite Italian culinary talents.

Jack Stein, chef director across the world-renowned Rick Stein’s restaurants, will showcase his culinary mastery alongside Skye Mcalpine, who will be sharing the secrets behind her inspirational blog on Venetian food and culture. Also joining the line-up are baking expert, cook and TV presenter Juliet Sear, award-winning cook and food writer Georgina Hayden, as well as father and daughter team Kitty & Alex Tait from The Orange Bakery, who will be representing the next generation of emerging talent. A firm favourite of The Big Feastival, grill legend DJ BBQ returns in 2021 to serve gnarly American barbeque food at its finest an  entertain with his ideal blend of “meats and beats”. If that wasn’t mouth watering enough, they’ll be joined by James Knappett making his Big Feastival debut this summer showcasing the technique and ability that have earned him two Michelin stars, the true culinary icon Romy Gill MBE who was the first ever female Indian chef and restaurant owner in the UK and was appointed an MBE in 2016, while award-winning and best-selling author Steven Lamb completes the latest chef additions. Festival goers can also look forward to world class Street Food, Cook with M&S celeb Chef Chris Baber, M&S Little Cooks, M&S Early Risers Café, M&S Wine Bar, Supper Clubs, Meet the Producers and of course Alex James’ legendary Cheese Hub! 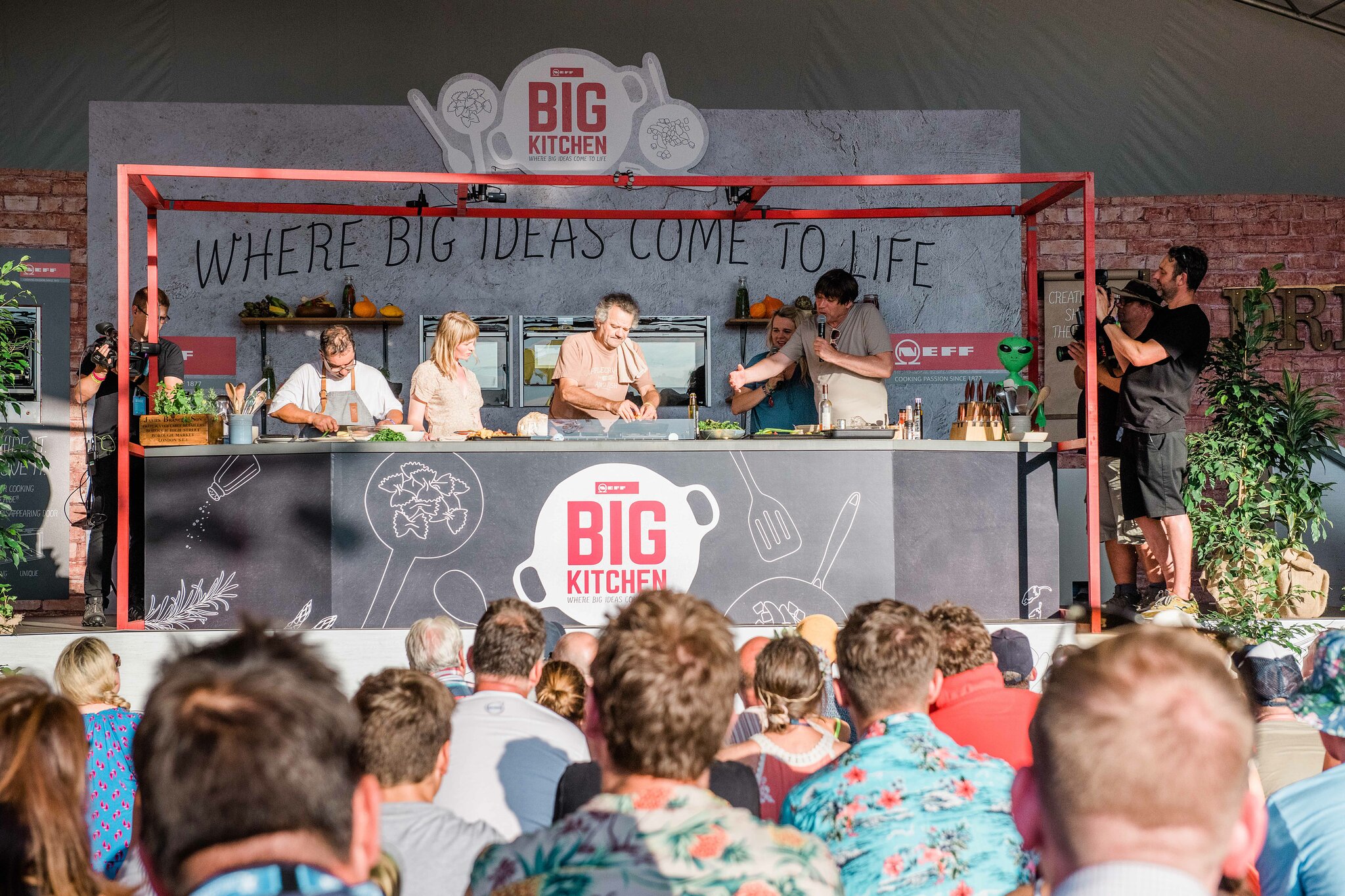 To add the cherry on top, a vast array of Britain’s best street food vendors will be available at this year’s event, additions which include award-winning Greek champions Souvlaki Street, vegan delights Buddha  Bowl, Caribbean wonders Only Jerkin’, flavour architects Burger and Beyond and new to this year, South West natives Babek offering premium kebabs and cocktails.

The Big Feastival boasts the very best in family entertainment throughout the weekend: there is guaranteed to be something to keep even the smallest festival goers entranced, ensuring kids are entertained from start to finish. This year they can enjoy a festival favourite, Children’s TV Megastar Justin Fletcher, alongside the Big Feastival premiere of Horrible Histories: Barmy Britain Part Five, as well as five-piece band Andy and the Odd Socks, fronted by CBBC’s Andy Day, who will get the kids rocking their socks off. Little festival goers can also take part in interactive storytelling and theatre games from Roald Dahl & The Imagination Seekers, learn new skills at Circus School, and get creative in crafting workshops by the award-winning animation studio behind Wallace and Gromit, Aardman Animation. 2021 will also see the return of Adam Henson’s Cotswolds Farm Park, Bedtime Stories, read by Special Guests and the popular Vintage Funfair plus underwate  adventure super heroes The Octonauts: Captain Barnacles & Kwazii Cat, the much-loved big friendly dog Hey Duggee, The Royal Albert Hall presents Albert’s Band, Silent Disco, the Little Explorers Club, and much more live entertainment to be discovered.

With even more names still to be announced this year’s 10th anniversary special promises to be the most fun filled weekend of the summer! For full information on the music, food and family programmes and to
purchase tickets, visit: www.thebigfeastival.com 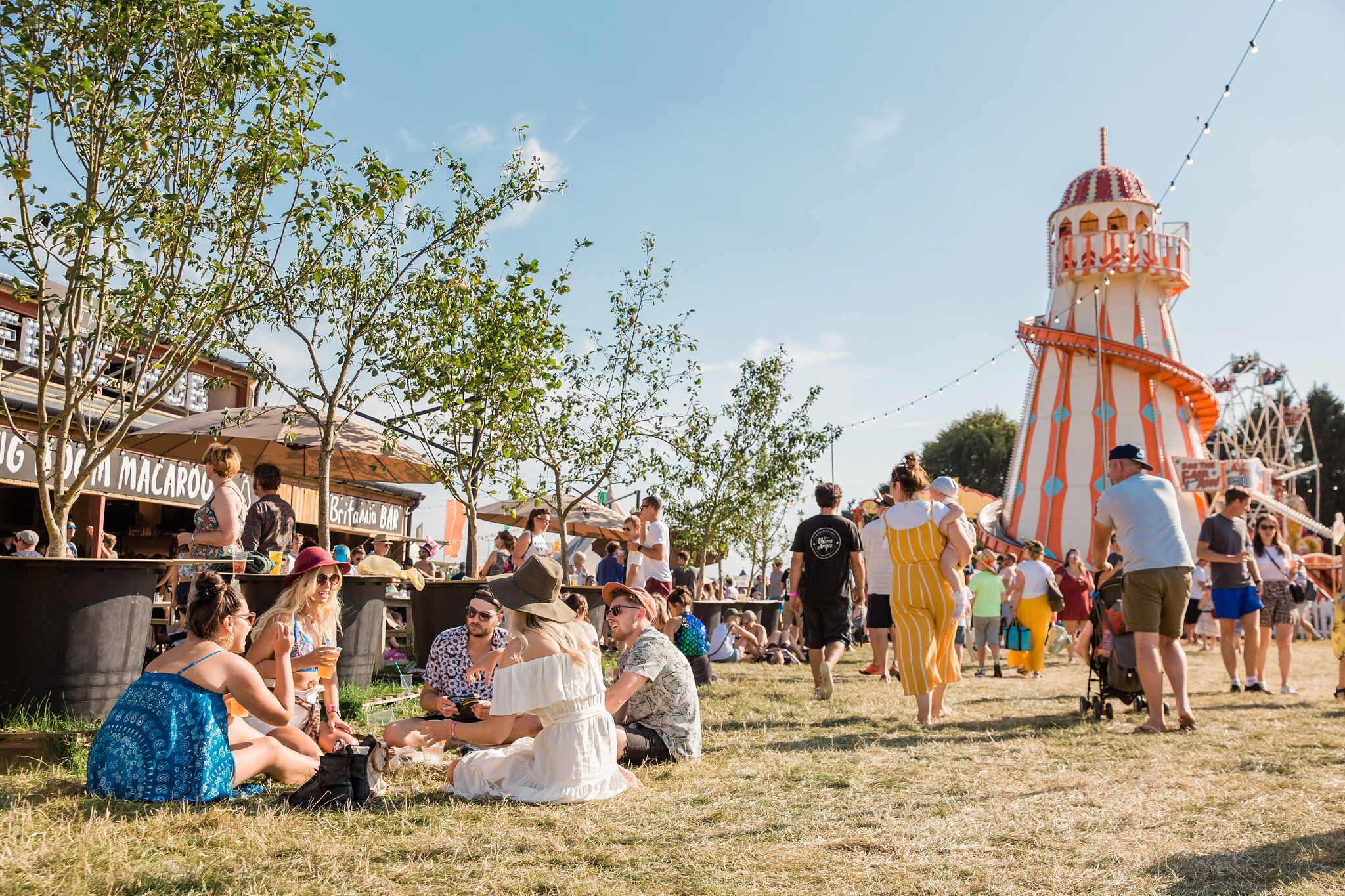 Weekend Tickets are already sold out, Day Tickets and Camping Tickets on sale now at
www.thebigfeastival.com Married At First Sight UK: When does the 2021 series start on E4?