The Instagram account Therapy For Women has 248k followers. It’s run by “retired party girl” and “relatable therapist” Amanda White. Scrolling through her posts is to be immersed in a familiar palette: millennial pink, blush and teal hues punctuated by paintbrush strokes and splodges which accent motivational quotes such as “Life isn’t a pass or fail exam. It’s a big, messy experiment.” Occasionally, these quotes are further decorated with hand-painted leaves and fruit, too. This aesthetic is so familiar that it’s instantly comforting.

This is one of 25-year-old London-based digital marketing executive Elisha’s* favourite therapy accounts. Through the last year of life under COVID-19, she’s found herself spending more and more time on it. “It serves as a series of quotes and reminders to keep me in check when it comes to my feelings and emotions,” she explains to me over WhatsApp. “I have spoken with my GP several times regarding my mental health recently. I was put on a waiting list for CBT, which I gave up on.”

Throughout the pandemic, doctors have confirmed that they are seeing a rise in people reporting severe mental health problems. At the same time, as a recent investigation conducted by The Guardian revealed, the use of antidepressants is soaring and is now at an all-time high because the coronavirus crisis has impacted people’s access to NHS counselling and psychological therapies services.

Could this, in part, be responsible for sending young women to Instagram, causing them to seek support from accessible therapists on the platform? Elisha also follows Serein Micheline (135k followers), who posts face-to-camera videos about mental health broadly but specialises in complex post-traumatic stress disorder and anxiety, and DLC Anxiety (885k followers), which describes itself as “the world’s largest anxiety support community”.

“I think [Instagram therapy] helps break the stigma and has less of a barrier to entry than traditional therapy,” she reflects. “In order to get traditional therapy you’ll need to speak to your GP, gain a referral from them and then wait months on a waiting list.”

The maximum waiting time for “non-urgent” referrals for therapy on the NHS is 18 weeks. However, prior to the pandemic it was revealed that people were having to wait longer for regular treatment after their initial assessment. Private therapy or counselling sessions can cost anywhere between £40 and £250 an hour depending on what approach you need and where you live, so is it any wonder that social media has begun to fill in the gaps?

Twenty-three-year-old Amy, a writer from London, says it’s not only the accessibility that draws her to these accounts. Unable to afford therapy privately, unsure if she was in a bad enough place to seek help via her GP when the NHS was already under so much pressure and, as she puts it, “feeling drained from having the same conversations with friends about how we were all struggling,” Amy found that Instagram therapists were able to provide a “pick-me-up” while reassuring her that hundreds of other people were also struggling.

“There’s a community aspect to it,” she explains. “Lots of people interact in the comments section and share their experiences, it’s almost like group therapy in that sense.” More than that, she notes that even if you are able to see a therapist, “you can only speak to them once a week” and these accounts are “always there for the days you’re struggling.”

Amy’s favourite accounts include Sara Kuburic’s Millennial Therapist (717k followers) and Alison Seponara’s The Anxiety Healer (304k followers). “When the pandemic began, a lot of my friends were sharing infographics from these therapy accounts. I would click through and start scrolling, which meant my explore page was soon filled with more and more of these slideshows,” she explains. “At first I thought they were quite ‘pretty’ and ‘cute’ but as the pandemic worsened, and after the emotional fatigue of months of social distancing set in, I found them to be really helpful.”

It’s worth noting that many of the accounts mentioned so far in this article are run by verified professionals. Amanda White, for instance, who runs Therapy For Women, is based in the US. So while she’s not subject to the same regulations as British psychotherapists, she is a licensed therapist in America. Nonetheless, the colours and illustrations exhibited on Elisha’s favourite therapy account are typical of Instagram’s wellness culture which, sadly, is all too often typified by the musings of people who categorically are not experts or qualified to give advice in their chosen field. Think people with no financial expertise offering courses in “manifesting money”. Sadly, you don’t have to look far on Instagram to find visually similar but less reputable accounts. They post laconic quotes which say generic things such as “cut toxic people out of your life” with no further guidance or context and are liked hundreds of times over. It might sound good but, at best, it doesn’t really mean anything. At worst, it is an approach to life which lacks any nuance whatsoever and provides no real coping strategies.

Earlier this year, a BBC investigation found that there are no laws against anyone operating as a therapist, psychotherapist or a counsellor in the UK. This was, they said, being fuelled in part by cheap online courses which allow you to cheat to complete them, meaning qualifications are often meaningless. So should we be concerned that young women are turning to social media because they are struggling to access services via their GP? Is there a danger that they’ll take advice from the wrong people? And is there a risk that they won’t be getting the help they need because those Instagram posts are, by their definition, a one-size-fits-all approach where one-to-one talking therapy is always tailored to the individual receiving it?

A spokesperson for the British Psychological Society told Refinery29 that they “would always recommend checking the credentials of anyone offering mental health advice to the public.” They added that “individuals providing therapy should be registered with the Health & Care Professions Council (HCPC) to ensure they have the relevant training and experience and adhere to a professional code of conduct.”

Amy says she is already mindful of this. “A lot of the accounts I follow are run by trained psychotherapists but I’ve seen many run by people who have no formal qualifications and have occasionally said things that seem harmful,” she adds before noting that Instagram therapy can only really go so far because “it’s very generalised advice.”

This is also on Elisha’s mind. “I worry that there are no guidelines,” she says, “so Instagram therapy runs the risk of being unregulated. I think it’s sometimes too easy to take an account that you trust as a safe source of information, to treat it as gospel when it’s not actually tailored to you in the way a one-on-one session would be.”

Linda Blair is a clinical psychologist and author of The Key To Calm. She says she is not surprised at all to hear that young women are finding solace in Instagram’s therapy accounts. “These young women are probably struggling to find a therapist, even if they can afford it,” she says matter-of-factly over the phone. “Let me tell you, we clinical psychologists cannot even begin to meet the demand right now. The number of enquiries have gone through the roof since the pandemic began, I have never seen anything like this.”

Against that backdrop, she cautions that nobody should expect to get “proper individualised therapy on Instagram” but says that “if you pick up a few tips and you know that’s all it is, then there’s no harm in using it as a tool. I don’t think we should ban it or wag our finger at it but we should make sure that everyone using it as a resource knows that.”

Ultimately, Linda adds, “Therapy isn’t just something you have a dose of and move on. Throughout your life, you will have crises and you will return to it, to the self-exploration it enables. It should, hopefully, be something that informs your life all the way through.”

However, with financial barriers to accessing private therapy and long waiting lists for both public and private services, for now, the best of these accounts are making young women like Elisha and Amy feel less alone. “Especially since coronavirus,” Elisha says, “it’s become a coping mechanism for me. I know it’s only bitesize tips and guidance but it provides comfort.”

*Some names have been changed to protect identities 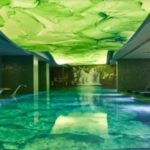 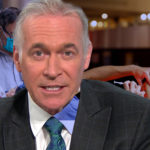