February’s new moon has finally arrived, and you know what that means — it’s time to get ready for your monthly reset. On 11th February, the lunar cycle will begin once again in the humanitarian sign of Aquarius. This new moon is a special one, too. Narayana Montúfar, senior astrologer for Astrology.com, calls it a “pivotal piece of one of the strongest alignments of the year.”

She’s referring to the fact that six planetary bodies — the Sun, Venus, Mercury, Jupiter, Saturn, and the asteroid Pallas — are currently lined up in intellectual Aquarius. When the new moon joins these planets in the sign of the water bearer, the forward-thinking energy will really start to take over our lives and the collective as a whole. “In astrology, the moon always functions as a trigger, as she is the closest planetary body to Earth, linking us to the energy of the rest of the planets and stars,” she explains. “So, during this new moon, we can expect an intensification of the current focus on this innovative and future-forward sign.”

The Aquarian “I-want-to-change-the-world” energy has been pretty noticeable in 2021 — it’s a revolutionary sign that’s focused on community and the collective. This new moon will only intensify our forward charge for social reform, real change, and equality. In other words, get ready to kick your activism and work ethic into high gear.

Our creative instincts will also be strengthened during this lunation. “This powerful energy can awaken you to new thoughts, ideals and plans,” says Leslie Hale, psychic astrologer for Keen.com. But don’t let your stellar ideas and valuable visions go to waste. “You could have a sudden idea that could be of genius quality,” she says. “Write it down, as ideas disappear as quickly as they come with Uranus energy.”

The new moon’s connection with the asteroid Pallas is pretty important, too. Lisa Stardust, an astrologer based in New York City, points out that this celestial body “represents our innate talents and ability to add reason to our insatiable thirst for power.” Pallas’s nearness to the new moon will bring “a passionate energy to the overall vibe of the day,” Stardust says. Our ambitions will intensify, but again, the Aquarian spirit of community will peek through. “We’ll want to help our friends and the community gain more as we evolve,” she says.

Montúfar urges us to set some intentions during this week, since luck is on our side: “With the two most positive planets, Venus and Jupiter, exactly next to each other, our hopes and dreams are receiving major cosmic blessings,” she says, adding, “The presence of Saturn also spells the need to put in the hard work, and not just wishing and asking for what we want.” Think of it like manifestation: Set your goal, then take steps toward it.

Just a reminder, though: Mercury is still retrograde in Aquarius until 20th February. Montúfar says that this energy is reminding us that in order for us to build a better future, we still need to examine our past. Allow yourself to really reflect this week and come up with a game plan on how you want to move forward post-retrograde.

The Venus and Jupiter connection is setting the stage for a happy Valentine’s Day — whether you have a partner or not, Hale notes. “This is typically a positive transit for love, but friendship with your loved ones will be very important at this time, perhaps more than deeply romantic feelings,” she says. If you haven’t already made special Galentine’s Day plans with your closest friends, this week is the week to do it. Connecting with others is an important part of Aquarian energy, and this new moon may offer you the chance to deepen your friendship with the people who mean the most to you.

“It’s time to dream some new dreams and boldly move forward, as we are in the new era of that will encompass brilliance as well as upheaval and change,” Hale says. Overall, this new moon is here to usher in a new, forward-thinking era — and we can’t wait to see where it takes us. 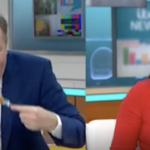