— To express my exasperation when my husband asked me where in our apartment we keep the batteries.
— When commiserating with a friend whose mother-in-law expected only her to write all of the thank you notes for her recent wedding.
— In an edit note to a writer, referencing the pressure they felt to behave a certain way around unavailable men.

Each time, I was using the phrase to refer to work that felt unfairly imposed upon us, as women — the “I shouldn’t have to” or “Why can’t you?” kind of work. And while that’s certainly a thing — an annoying part of being a woman in a patriarchal world — it’s not what emotional labor is.

“Academically speaking, emotional labor is defined as the regulation of emotions for a wage,” explains Sharmin Tunguz, PhD, an associate professor in the Department of Psychology at DePauw University. “Emotional labor is usually experienced in the service sector where jobs require employees to provide ‘service with a smile.’”

The term was coined 40 years ago, by sociologist Arlie Hochschild, PhD, in her book, The Managed Heart. It was inspired by her observations of flight attendants, who were required to continue smiling even when passengers were combative or rude. “The argument that Dr Hochschild made in the book was that we needed to have a way of understanding the ways that emotions were actually part of the capitalist process,” explains Adia Harvey Wingfield, a professor of sociology at Washington University in St. Louis. She explains that Dr Hochschild defined three distinct, but related terms: “feeling rules,” which established the emotional norms that are expected during given situations; “emotion management” or “emotion work,” which refers to the work necessary to manage your emotions, often in a way that benefits a relationship; and “emotional labour,” which occurs when organisations actually compel certain emotions from workers.

Dr. Tunguz says that the term is commonly misunderstood — and just like I did, many people assume the phrase means ”work that feels emotionally draining” or, more specifically, “the tasks that typically female workers or wives perform in the workplace or at home to ensure the smooth flow of business or home life,” Dr. Tunguz says.

Perhaps it’s because the phenomenon of women being exhausted is so widespread that so many people latched onto a term that seemed like it was describing what they endured every day. As Dr Wingfield points out, academic terms rarely catch on among the general public, so when they do their actual meanings often become warped. “That’s something that happened with intersectionality as a concept, and I think that certainly has happened with emotional labor,” she says. “It became easy to use emotional labor as a catch-all term to refer to a lot of things — even though Dr. Hochschild intended it to refer to a very specific and precise aspect of organisational dynamics.”

The term has been misused for about as long as it’s been around, but it’s popping up a lot lately, as the COVID-19 pandemic has resurrected the conversation around gender inequality and housework. I’ve seen emotional labor being used to describe the work parents do to help their kids learn from home (caring for them during breaks, walking them through worksheets, coordinating with their teachers), while trying to perform their own jobs. In this context, it’s typically used to comment on the fact that women tend to take on the lion’s share of child-care tasks, even when both parents are working from home. I’ve also seen it be used to indicate the work people put into preserving friendships, especially when you and/or your friend is in distress or you’re not seeing each other often.

All of these experiences are stressful, but they’re not emotional labour — and that distinction matters. If we’re not clear about the actual meaning of the term, it can’t be accurately measured and mitigated. “If employers believe emotional labor is the unfair distribution of job activities, their solution to divide them more evenly would not solve the problem of employees experiencing undue burdens of emotional effort when interacting with abusive customers,” Dr. Tunguz explains. “You have to have a proper understanding of a term before you can attempt to solve the problem it poses.”

“Concept creep” can also make us less attuned to the nuances of a term like emotional labour — and its limitations, Dr. Wingfield notes. Her own work has examined the racial dynamics of emotional labor, something that was completely absent in Dr. Hochschild’s original research. When a company asks employees to do emotional labor, they rarely consider what it’s like to be a person of colour in the workplace. “Organisations won’t say to Black workers, ‘If you are confronted by a racist customer, then make sure that you emotionally respond in this way,’” Dr. Wingfield says, “because emotional labor is developed and communicated with the expectation that workers won’t have those experiences.” This dynamic puts people of colour at a disadvantage by requiring them to do additional “emotion work” in order to perform the emotional labor that’s required of them. It stands to reason that the same might hold true for people in other communities that are often confronted with prejudiced speech and actions, including queer people or people with disabilities. When we’re equivocal about the meaning of the words, this reality can get ignored.

While emotional labour can be stressful and draining, when I ask Dr. Wingfield if it’s inherently “bad,” she says the research is mixed. Lower-status workers tend to be more alienated by emotional labour, especially when they’re being told to conceal feelings of anger and frustration. But Dr. Wingfield says that she’s most concerned with what emotional labour reveals about the amount of control organisations have over workers.

Companies can ask employees to show up at a certain time or complete certain activities throughout the day, of course. But emotional labor points to the “increasing and encroaching control” organisations have on workers’ inner emotional spaces. “I think that’s a pretty worrying thing, particularly when we’re in an economy where there’s increasing economic inequality, and where workers continue to have fewer and fewer rights in a society where the kind of balance is shifted away from them in many ways,” Dr. Wingfield says.

The COVID-19 pandemic has offered an opportunity to rethink the extent to which workers are — and should be — expected to adhere to emotional labor requirements: Is it humane to ask employees to disguise their panic, behave deferentially, and try to make a customer happy when that customer is putting their lives at risk by refusing to wear a mask, for instance? What can be done to support healthcare workers who are tasked with reassuring patients and patients’ families, while grappling with their own stress, panic, and fear during this unprecedented experience?

It is possible for companies in industries that typically require a lot of emotional labour to protect their workers. Some restaurants, for instance, allow and even urge their staff to push back on rude customers; their reputation for having non-deferential servers can even become part of the establishments’ appeal. These companies may not form such policies with an explicit understanding of emotional labour, but they show that it is possible to be in the service industry and respect the rights and wellbeing of workers. Giving Black employees a clear outlet to express when they’ve experienced racism and discrimination, explicitly telling them that they aren’t required to maintain a certain emotional attitude in the face of racism, and actually following through on these policies could also help reduce the additional emotional labour that’s often placed on workers of colour.

I’ve been thinking about it this way: Expecting an employee to be generally polite is one thing. Requiring them to be peppy and cheerful, regardless of what’s going on with them and/or in the face of rudeness, aggression, or downright abuse from a customer or client is another. Our “customer is always right” culture, in particular, should be criticised for allowing organisations to encroach upon a worker’s private emotional life to an inappropriate — and harmful — degree.

As for the phenomenons that I used to ascribe to emotional labor, now I’ve learned that those have their own names. “Second shift,” for instance, refers to work done at home after completing one’s professional duties — typically, it’s done by women. Pushing for precision around a term might feel nit-picky, but actually it’s a necessary reminder that, in order to affect real change, we must know what it is we’re talking about. 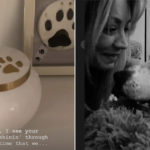