If you’re looking for a sign that your Valentine’s Day is going to be worthwhile, this is it. On February 1, Venus, the planet that rules love and relationships, is leaving the seriousness and stuffiness of Capricorn to move into open-minded, eccentric Aquarius, where it’ll stay until February 25.

According to Narayana Montúfar, senior astrologer for Astrology.com, when the pleasure planet enters the sign of the water bearer, we tend to crave intimacy in more cerebral connections. “Those in committed partnerships will be connecting with their partners through long conversations and discussions about social issues. Out-there topics now function as foreplay,” she tells Refinery29.

While we’ll want to deep dive into our partners’ psyches this month, Venus in Aquarius also has us itching for more freedom and space from their clutches. If you have cutesy V-Day plans in the works with your SO, you may want to take some time to yourself before they happen to avoid feeling like you’re being suffocated with love and affection on the 14th.

If you’re single, you may not be looking to mingle this Valentine’s Day, Montúfar says, due to the fact that Aquarius often craves freedom and individuality. A friends-with-benefits kind of situation might work the best while the Planet of Love is in this placement; Montúfar says it could even evolve into something more serious down the road, if you’re into that. But for now, your best bet is spending your V-Day doing whatever the hell you want to do. Better to get cosy with a bottle of wine, a cheesy rom-com, and takeout from your favourite restaurant than to force yourself to hang out with a love interest who isn’t so… interesting at the moment.

Did we mention that Mercury is in retrograde, too? That means we should be on the lookout for wonky communication, misunderstandings, and technological glitches. If you don’t get a text back this V-Day, blame the speedy planet’s backwards dance. “While this is not an ideal time to start a new relationship, [Mercury retrograde] is known for being a time to re-connect with those from the past,” Leslie Hale, psychic astrologer for Keen.com, says. “Relationships can seem to have a fated quality at this time.” That sounds serious, but the Venus in Aquarius energy will have you feeling fun and free in all of your romances. You’ll want to go with the flow, rather than feeling pressure to make something work.

Backtracking a bit: Venus in Aquarius will align with Saturn, the Planet of Restriction, on February 5, notes Lisa Stardust, an astrologer based in New York City, adding: “This can bring uncertainty in matters of love and money.” Montúfar says you’ll be looking for clarity. “Venus is the planet of relationships, and Saturn either separates or creates long-term commitment,” she explains. “While some outdated relationships could come to an end now, some could be elevated to the next level.”

On February 6, Venus in Aquarius will clash with Uranus in Taurus. “Typically, Venus in Aquarius can be aloof, but with the added Uranian energy, this will bring breakups, shake-ups, and meet-cutes our way,” Stardust says. Prepare for a few surprises during this time.

One of the best dates of the month is February 11, when Venus meets Jupiter, the Planet of Luck, in the sky. “This blend of the two ‘nicest’ planets might have us craving for pleasure, and therefore connection,” Montúfar says. Think of it as the pre-game for Valentine’s Day — this energy will have us itching for human interaction. It could be a good day to plan out your SO’s V-Day surprise or to place an order for a last-minute gift, since you’ll be feeling extra love-y.

Venus will clash with Mars, the Planet of War and Sex, on February 19. When this happens, you can expect sparks to fly — no, explode. “While our sex drive gets a boost, hidden tensions could come to the surface within relationships,” Montúfar says. Keep your head level on this date. While hot sex is, well, hot, the wrong kind of tension can drain any kind of arousal you may feel.

For the most part, though, Venus’s journey through Aquarius will bring a really wonderful, carefree kind of energy to your love life. Approach your romantic bonds with curiosity — you may be pleasantly surprised by what you uncover about your boo or yourself during this fun and open-minded transit. 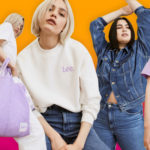 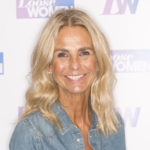