Gigi Hadid’s original plan was to deliver her first child in a state-of-the-art New York City hospital, not an inflatable bathtub in the middle of a farm in Pennsylvania. But after the COVID-19 pandemic hit shortly after she learned she was expecting, the 25-year-old model had to reevaluate exactly where she was going to welcome her baby into the world.

In a cover story for Vogue‘s February issue, Hadid revealed she decided to have a home birth after watching The Business of Being Born, a 2008 documentary that explores the medicalisation of childbirth in the U.S., with her partner, singer Zayn Malik. “We both looked at each other and were like, I think that’s the call,” Hadid said. She delivered with the help of a midwife, the midwife’s assistant, and a Zoom doula, who is meant to guide, support, and advocate for the birthing parent during labour (and who presumably dialled into Hadid’s labour via Zoom, due to the pandemic). Malik, Hadid’s mother, Yolanda, and her sister, Bella, were present as well.

Hadid’s decision might point to a larger trend. According to The New York Times, since the start of the global pandemic, more people have been using midwives and delivering at home. The risk of contracting COVID-19 in a healthcare setting, combined with the fact that, during the pandemic, many hospitals put into place restrictions that limited the number of people who could be present during delivery, and in some cases even mandated inductions of labour or C-sections, may have led many people to view home births as a more desirable option.

In Hadid’s case, she found herself quarantining 90 minutes away from the hospital she planned on delivering in, and knew that, due to restrictions on who could could be in the delivery room, her sister or mother wouldn’t be able to be present if she gave birth in the hospital. That, combined with the documentary, nudged her toward the home birth. (The American Congress on Obstetrics and Gynecology still states that “hospitals and accredited birth centres are the safest settings for birth.)

Hadid described having to “dig deep” during labour. “I knew it was going to be the craziest pain in my life, but you have to surrender to it and be like, ‘This is what it is.’ I loved that,” she said.

Her birthing story has a happy ending: a healthy baby. The first time she saw her daughter, she was in Malik’s arms. “It didn’t even click that she was out,” Hadid said. “I was so exhausted, and I looked up and he’s holding her. It was so cute.”

The pair recently revealed that they named their daughter Khai, which is Arabic for “the chosen one” or “royalty.” They announced the new arrival via Instagram, with a black and white photo captioned, “Our girl joined us earth-side this weekend and she’s already changed our world. So in love.”

For now, the Hadid-Malik clan will make their home on the farm in rural Pennsylvania, where baby Khai was born — sans inflatable tub. 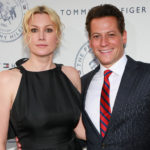 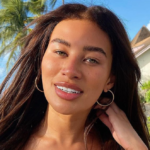