Warning: Spoilers are ahead for the ending of Bliss.

The new Amazon Prime Video movie Bliss starring Owen Wilson and Salma Hayek is described as a sci-fi love story about two people who may or may not be living in a computer simulation. But when you strip away all its sci-fi bells and whistles, the ending of Bliss doesn’t say much about the harsh realities of life. Or much of anything at all.

When we first meet Wilson’s Greg, he’s a bored 9-to-5er who spends more time drawing his dream home than answering his work phone. The divorcée is struggling to stay connected with his daughter Emily (Nesta Cooper), who is begging him to attend her graduation, and having an even harder time filling a prescription for pain pills tied to a vague ailment.

Everything about Greg’s world feels a bit like The Matrix. He works at “Technical Difficulties” a jokey nod to our IT-consumed lives that becomes an anxiety-inducing chorus with every new phone call. Even more stressful is the meeting Greg has with his boss, who he inadvertently kills moments after being fired. He escapes to the bar across the street, where he meets Isabel (Hayek), a mysterious stranger who looks straight out of a cyberpunk video game. She needs his help stealing an amulet, a way too fancy word for “necklace full of drugs.” After doing so, she convinces him that she has magical powers, a notion he has trouble dispelling once, with a wave of her hand, she clears him of murder.

Wilson is enchanted by Isabel, who lives “off the grid” and believes nothing in this world is real. She says they are living in a simulation, which means nothing they do really matters. It’s why she uses her elusive powers, only activated by curious yellow crystals, to trip mean-mugging old ladies at the roller rink and make fools of sexual harassers. By sharing her crystals, and therefore her powers, with Greg, Isabel gives him a chance to escape his rather miserable reality for something more fun. It also allows him to deny any guilt he might feel for not seeing his daughter or accidentally killing his boss.

But there are glitches in Isabel’s simulated world — sometimes quite literally as people seem to disappear in front of our eyes. Greg’s perception of this reality also seems off. After the couple’s roller skating shenanigans, he watches himself get arrested before realizing he is actually sitting in the back of the cop car. Weirder is when Greg runs into Emily on the street she informs him he missed her graduation, which was three weeks ago. Odd being that it felt as if only a day or two had passed since his last conversation with her.

However, there are clues in Emily’s conversations with her brother as to the loss in time. Their father is struggling with drug addiction, perhaps, stemming from an injury that required pain pills he was unable to wean himself off of. The Mike Cahill-directed film never gets too specific about what Greg is dealing with, though, it does feel like a thin commentary on the socioeconomics of the prescription drug crisis. What we realize is that his confusion isn’t due to being caught up in the simulated world Isabel, now claiming she’s actually a scientist, created, but because he’s caught in a cycle of addiction. Isabel’s sci-fi jargon (The Brain Box? LOL.) is just a red herring, which the film hopes viewers will get caught up in just as Greg does.

Now, no one would deny that living in an utopia where science erased all income inequality and our most whimsical thoughts can be illustrated by a high-end Etch-A-Sketch would be ideal. (I really wish we could have seen how the Thought Visualizer draws being “stuck in a pickle.”) But Bliss becomes too caught up in the minutiae of its futuristic flourishes and philosophical theories to reckon with the realities of addiction. Greg’s relationship with his daughter, which has been wrecked because of his dependency, is the heart of the film, but, in the end, Bliss becomes nothing more than a dispassionate extended metaphor. It’s a space-age fable that feels caught between two worlds, neither of which is as surreal or suspenseful as its high concept would suggest. A shame since Cahill’s previous films, 2011’s Another Earth and 2014’s I Origins, managed to seamlessly meld sci-fi ideas with deeply emotional themes. Unfortunately, with Bliss, its emotional core is buried deep in scientific trivialities.

That’s not to say Bliss isn’t attempting to say something profound about the world we live in. Midway through the movie, Isabel says she created the Brain Box, a device that lets people toggle between realities, as a way to make sure people never take the newly perfect world for granted. People have to “experience the good to appreciate the bad,” she tells Greg, who corrects her, “I think you mean the opposite.” “Exactly,” she says. But the movie seems to believe she got it right the first time. The moral of Bliss is that experiencing the goodness of life, even for a moment, can show someone just how bad things have gotten. It can convince them to stop chasing the bliss that drugs seem to offer and find happiness in more earthly experiences.

For Greg, that’s choosing to leave the perceived perfection of Isabel’s world to take a chance on this other world. That starts with him seeking help at a rehab clinic where he admits, in his first group meeting, that he’s no longer sure if Emily is actually his daughter, but he’s willing to believe she is. He’s also willing to believe there is goodness to be found in a chaotic world where he gets another chance.

In the final moments of the film, he reunites with Emily. He apologizes for being late. He stopped to pick some flowers along the side of the road; a touch of beauty in a concrete jungle. “You’re not late, dad,” she says. “You’re here.” Unfortunately, Bliss took the long road to get there. 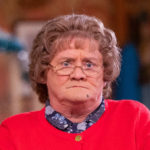 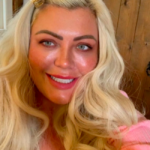 ‘I created a brand out of me’: Gemma Collins imparts words of wisdom to kids in business masterclass for CBBC