Brandy perfectly summed up all of our emotions about Rodgers and Hammerstein’s Cinderella finally coming to Disney Plus, admitting she’s ‘truly touched’.

Fans have been begging for the classic fairytale to join Disney Plus’ extensive catalogue and now their wish has been granted.

The 1997 musical will arrive on the streaming platform on February 12 and the timing couldn’t be better as it’s currently Black History Month in the US.

Reacting to the news, Brandy wrote in an Instagram post: ‘Wow God!!!! Wow @WhitneyHouston !!!! Wow @DisneyPlus !!!! This is truly touching and magical. #DivineTiming 02.12.2021. Thank you so much to everyone who helped make what seemed #IMPOSSIBLE #Possible ????? #BlackHistory.’

The Boy Is Mine singer also joined her Cinderella co-star Whoopi Goldberg on The View to celebrate the milestone.

‘I’m so excited that Cinderella has a home now at Disney Plus and we can celebrate and share and inspire a whole new generation to see this wonderful piece of movie theatre.’

Rodgers and Hammerstein’s Cinderella was originally released as a TV movie and loosely followed the original tale’s story – the young woman who’s forced to be a housemaid by her cruel stepmother before finally making it into the Royal Ball with the help of her Fairy Godmother.

However, it was pioneering due to its diverse cast including a Black Cinderella, Asian Prince with a white father and Black mother.

It starred Brandy as Cinderella, Whitney Houston as the Fairy Godmother, Whoopi as Queen Constantina and Jason Alexander as Lionel.

Celebrating its Disney Plus debut and noting its multicultural importance, one fan tweeted: ‘Yes, Cinderella is absolutely iconic because of Brandy and Whitney — but Paolo Montalbán was one of the first times I saw a Filipino person on screen. Huge.’

Influencer Oloni said: ‘Will never forget when i was on set and made a Brandy/Cinderella ref in my shot. The white directors were so confused. I kept thinking had she been white they would have got it. Like this is a classic with two of the biggest singers in the world!’

‘This is the real princess Cinderella and no one can change my mind. The diversity in the cast, the talent, it’s simply *chef’s kiss*,’ one said.

Another fan weighed in: ‘Cinderella is headed to Disney Plus! Brandy & Whitney anchored the movie! But Whoopi Goldberg brought the laughs.’ 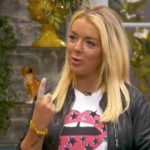 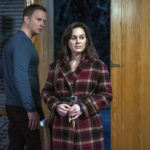 The Drowning’s Jill Halfpenny is open to returning for series 2: ‘I’d be here for it’