Netflix film Mank has led the nominations for the Critics Choice Awards.

Mank chronicles the making of the classic film Citizen Kane, through the eyes of playwright Herman J Mankiewicz (Gary Oldman).

The movie, directed by David Fincher, received 12 nods ahead of the upcoming ceremony, which is taking place next month.

It has been nominated for best picture and best director, with Gary Oldman and Amanda Seyfried being named in the best actor and best supporting actress categories.

As well as this, Mank has been tipped for best production design, best cinematography and best original screenplay – also receiving nods for costume design, editing, hair and make up, score and visual effects.

Elsewhere, Chadwick Boseman was posthumously nominated in the best actor category months after his tragic death.

The Black Panther legend received a nod for his role in Ma Rainey’s Black Bottom, and was also shortlisted for best supporting actor, following his stint in Spike Lee’s Da 5 Bloods.

Netflix was the most successful studio or network, securing 72 nominations in the TV and film categories.

Critics Choice Association CEO Joey Berlin said: ‘What a year for film. We are honoured to have the opportunity to recognise the tireless work of so many who overcame unprecedented obstacles to deliver these beautiful, challenging, nuanced pieces of art to our screens.

‘The stories told by this year’s nominees will continue to resonate and we congratulate each and every one of them for their extraordinary accomplishments.’

The awards ceremony will be taking place virtually on March 7 – with actor Taye Diggs confirmed to be hosting the bash. 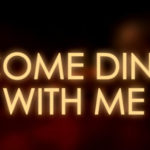 What happens to the food on Come Dine With Me – is it actually eaten? 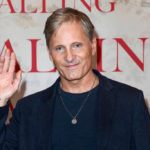