At first glance, Dominique Druckman looks like your classic Los Angeles influencer. One look at her Instagram, where she currently stands at over 340K followers, and it’s all cool workout selfies, sunkissed bikini pics, and flowy covetable outfits in the desert. One of her photos even shows her laying in a pool of roses. “Actress. model. avocado hater. #blacklivesmatter,” reads her bio.

It might come as a surprise, however, that the “pool” is actually an inflatable kiddie pool blown up in the back of a scruffy backyard. That picture of her eating decadent truffles and champagne at the Four Seasons? Also duped, courtesy of cocoa-dusted pads of butter, sparkling apple juice, and some regular person’s pool. That’s because there’s an important descriptor missing from her Instagram bio: fake famous.

Starting in 2019, Druckman was part of a social experiment, documented by the new HBO documentary Fake Famous, released 2nd February. The film, directed by technology journalist Nick Bilton, explores the cult of celebrity and the rise of the social media influencer, which is one of the most coveted jobs by teenagers today (a whopping 86% of young Americans, according to a report from Morning Consult). In Fake Famous, three people with small social followings audition and are then selected to be turned into successful influencers. In order to get them a following, Bilton buys them followers, hires bots to like and comment on their posts, and sets up elaborate shoots at both real and fake locations to create the illusion of luxury. The deceit proved to be too much and too fake for the other two subjects and they both quit pretty early on. Druckman, however, was the only one who stuck it out — and not only did she keep up the ruse, but actually has become a relatively thriving influencer because of it.

When Druckman started out, she had just 1,100 followers and aspirations to become an actress. She was working at a Lululemon in Los Angeles and struggled to book any auditions beyond small short films. Then came the call. “They told us, ‘You’ve been casted to become an influencer and our goal is to give you guys a million followers,’ Druckman tells us over the phone. “I remember my jaw dropping like, What? That doesn’t happen to me.” As you watch Druckman dive headfirst into the influencer life, however, you can tell that she’s a natural. She’s game for all the over-the-top and zany shoots offered to her, and takes every task seriously. It seems like she’s even enjoying building up a following — either that or she’s a pretty good actress, which, according to Druckman, was exactly her goal. “Honestly, I looked at the whole thing as an acting role and a job. And when it comes to any job, if I’m still selling stretchy pants or I’m putting on a character, I want to do it to the best of my ability and follow through,” she said. In fact, she said that after growing her follower count, she started receiving many more auditions, and was even treated differently by casting directors because of her “online fame.”

Druckman then adds in a mock-conspiratory whisper: “I definitely enjoyed it more than my day job.”

Now that the release of Fake Famous could have the potential to change the way brands and followers see her, Druckman is understandably a little nervous. But in the end, even as the curtain has been lifted, the truth still stands: This has been her most successful role yet.

Do you consider yourself an influencer?

Dominique Druckman: “As soon as things started to pick up, I was like, Oh, maybe people might think I am an actual ‘influencer.’ And even when I say it, to this day, I put it in air quotes because I don’t think I am at all. It’s not my full-time thing, still. I am still selling black, stretchy pants and the goal is for me to be an actress this year, full-time. So, that’s what I’m working toward but it was just a really great experience. And having photo shoots on a Tuesday that ended up being as cool as they were was really fun. And taking that trip, just so not in my lane and in my world that it was just a bunch of great opportunities.”

Beforehand, did you have any aspirations to be an online personality or an influencer at all?

“Not really. I take improv comedy classes and I started making this bit on my Instagram that was doing a food review the way that girls do makeup reviews. You know, when they put the hand behind the product. I would do that with a random fruit I found at Trader Joe’s — like the plumcot, which is an apricot and a plum. And I was like, ‘Hey guys, thanks for tuning in to my channel!’ And I would hold up the plumcot with my hand behind it and people would go wild for this. When I say people, just the friends that I had that were on my Instagram. And so, I started making a bit out of that. And then, I actually did it in my audition [for Fake Famous] and little did I know that I would be doing it on real products one day. It was never a goal but I enjoyed poking fun at it on social media, for sure.”

After going through this social experiment, what have you learned about yourself?

“If that is your full-time job, you really do have to work at it: being on the clock nonstop, constantly on your phone, creating what people want to see. When you’re not passionate about it, it’s a lot harder to do. I learned that it’s not something I want to do. I admire it and I think the women that create fashion lines and all of those things from it are incredible business women that I totally admire. But for me, I think it just solidified how much I want to be an actress.”

What was it about it specifically that you didn’t think was a fit for you?

“Maybe because I never really found my niche within it. I’m not a fashion blogger, I’m not a makeup blogger. I like the lifestyle/home side and I love fitness, but I’m not round-the-clock meal prepping and taking different workout classes or posting about my own workout class or anything like that. I never really found my groove — I just was playing a role. So, it didn’t feel genuine in that sense. But the opportunities that [influencers] are getting are not normal, everyday things that other people get to experience.”

Did you get pushback?

“I had some ridicule and people questioning where all my followers were coming from, and that was uncomfortable and embarrassing at times. But also, at the end of the day I kept telling myself like, I’m doing a project. I’m taking it as an acting role and they’ll learn whenever the film comes out, what this was all about.“

How has your approach changed since you started doing it on your own? Do you have any rules for yourself after participating in the experiment?

“Absolutely. I told Nick at the end of our final interview that I wasn’t going to reach out to brands anymore. If they reached out to me and happened to find me and for some reason wanted to work with me, that if it was a product and a brand I believed in, I would definitely pursue it but I wasn’t going to reach out anymore. And then, a mattress company reached out to me and Breville, which is so great. A lot of things I definitely didn’t see coming were interested in working together. I couldn’t just stop, I felt I had to continue the facade at least until the documentary was going to come out and make my followers be like, ‘Oh, right. We get it now.’”

Are you worried or concerned about how people will react to you after seeing the documentary? Do your clients know about it?

“I definitely worried about some of the brands who are like, ‘Wait a second, I thought you had 300-whatever-thousand followers.’ But Nick stopped buying me followers when I reached 250,000. Supposedly, he isn’t buying any more. I think he’s playing a weird prank on me just because I can’t physically believe that there’s now been another hundred-or-whatever-thousand that have found their way to my page. But while I have been a little worried, I do think the exposure of being on HBO will probably pay out longer than the number of followers they thought I had to begin with.

I will say, my close friends that knew about the doc would be like, ‘So, when I’m done watching this, will I be able to know the how-to steps of becoming an influencer?’ And I’m like, ‘Unless you have a lot of money to keep up with buying followers, likes, comments and all of those things, I don’t think it’s a how-to.’”

They keep reiterating in the documentary just how many young people aspire to do this job. So, as someone who’s lived it, is this something that you’d encourage people to do?

“I wouldn’t necessarily, especially starting so young. I don’t think it’s a great priority to be driving yourself to. It just doesn’t feel…very authentic. One woman in the documentary, when she was interviewed, said, ‘We treat famous people like toddlers. We applaud very little thing they do.’ And that’s just not natural, and not interesting to me. I hope that people take it as a warning. Just to think about it a little bit more that it’s not all it’s cracked up to be.”

Especially at the end of the movie when Bilton likens influencers to infomercials.

“You’re walking billboards and advertisements. I think when you’re aware of that and that’s how you’re making your money it just doesn’t feel genuine.”

Have you gotten to the point where brands have offered you a certain sum of money to post?

“Would I still be selling stretchy pants if someone paid me $80,000? No, most of my things were post-for-trade. So, I wasn’t making any money, really. I think I got an Amazon gift card once.”

Do you think this is something you’ll try to keep up or you’ll probably end up phasing out?

“I think it depends on how [the documentary] is received. If I could pay my bills and give myself more time and flexibility to be pursuing acting with influencing as the main job, I think that’d be fine. I would want to incorporate more transparency and authenticity in it though, too. I think Instagram’s gotten a little better with like, This is a paid post and This is an ad.  But I would like to treat my Instagram a little bit more normal and not as much of a walking infomercial. I kind of miss the normal — it takes the pressure off of making everything look a certain way.” 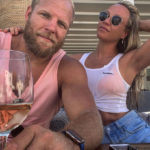 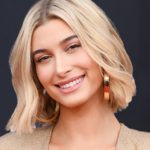 Hailey Bieber Just Filed Another Trademark For A Beauty Brand