Warning: This post contains spoilers for The White Tiger on Netflix.

Despite its dramatic aesthetics and larger-than-life moments, the story at the heart of Netflix’s new drama, The White Tiger, doesn’t seem that far from reality. Set in modern-day India, the film follows a poor man named Balram Halwai (Adarsh Gourav), who uses his wit and charm to become a driver for a wealthy landlord’s son, Ashok (Rajkummar Rao) and his wife, Pinky (Priyanka Chopra Jonas). However, after realising how obedience and “goodness” can be used against you, and how they won’t necessarily help you get ahead, he changes his tack (for better or for worse) to turn his life around.

It’s a classic rags-to-riches story, but without its naiveté — that is to say, more Parasite than Slumdog Millionaire. However, despite exploring the very real issues of class and virtue, the story itself is entirely fictional. The White Tiger is an adaptation of the 2008 fiction novel of the same name by author Aravind Adiga. That year, the book was a New York Times bestseller and won the Man Booker Prize. Even though the plot and characters are made up, Adiga has said he was inspired by “young men he met” as he travelled around India.

Some have pointed out, however, that the White Tiger story does share some similarities with a real-life incident that occurred. In 2015, massively famous Indian actor Salman Khan was arrested for a hit-and-run that killed one homeless person and injured three others. When the fatal accident first occurred in 2002, Khan’s driver, Ashok Singh, initially testified that he was the one at the wheel, but was later charged for perjury. Khan pled not guilty, but 13 years later was convicted of the crime and sentenced to five years in prison.

The exact same thing basically happens in the film (minus the convictions), and even more coincidentally, Khan’s driver shares the same name as the fictional Balram’s master. Adiga, however, has neither confirmed nor denied his story’s similar details. That would be a pretty cunning move — perhaps even white tiger-esque, you could say. 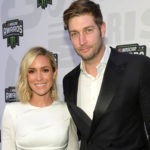 No, Kristin Cavallari and ex-husband Jay Cutler aren’t back together as they share cosy selfie 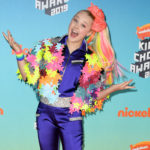