John David Washington has addressed criticism of the 12 year age gap between himself and Malcolm and Marie co-star Zendaya.

The actors play a couple in the drama, shot in lockdown and directed by Sam Levinson, whose relationship comes under strain after director Malcolm’s film premieres.

When the trailer was released there was debate on social media about the visible age difference between its stars, who are the only two people in the film.

John, 36, was asked about the criticism by Variety, and he’s pretty much choosing to ignore it.

He added that he felt like the younger person on set as he was learning from the ‘experienced’ Euphoria star, 24.


The Tenet actor said: ‘I wasn’t concerned about it because she is a woman. People are going to see in this film how much of a woman she is.

‘Some of the stories she’s shared about what she’s had to go through with Twitter and everything. I appreciated her wisdom and discernment when it comes to this business. I admire that.’

John is more excited for people to see how ‘mature’ Zendaya is in the role of Marie.

‘We’re talking about versatility, and Sam and Zendaya brought both,’ he shared.

According to Netflix, the film is ‘an ode to the great Hollywood romances as well as a heartfelt expression of faith in the medium’s future’.

The small cast and crew shot the film in Carmel, California in just 15 days.

The pandemic was (and is) still raging on but the actor insisted that they were safe the entire time and tested for coronavirus regularly before filming.

John explained: ‘Nobody was on the ranch except for us. So as long as nobody left the facility, I felt safe.’ 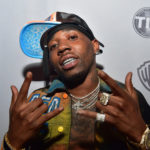