Finally finished bingeing Bridgerton? Got ants in your pants awaiting the release of James Bond’s No Time To Die? Just want some inspiration as to what to pop on the tele next?

For this week’s viewing pleasure we present three films that will most definitely take your brain to all kinds of levels of WTF.

Owen Wilson plays a recent divorcee whose misery is compounded when he’s fired from his job. Salma Hayek is the mysterious homeless stranger who tries to convince him that their broken world is just a computer simulation. Could she be right?

Out Friday on Amazon Prime Video

The latest mind-bending documentary from Rodney Ascher is a deep dive into a theory, propagated by The Matrix films, that we’re all living in a simulation and that maybe our existence is controlled by an unseen gamer.

Out Friday on Dogwoof On Demand and other digital platforms

A film about how to become a bird in nine steps.

Two men leave the human world to found a city where birds and men can live in harmony. Beats baking another loaf of lockdown sourdough, I suppose. 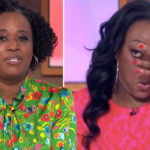 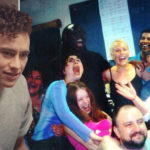 ‘It’s A Sin brought back the sadness and anger of political impotence and ignorance’: The Aids crisis remembered by gay nurses