The Sundance Film Festival may look a little different this year, but the 2021 slate proves that even if you’re alone on your couch, movies can still blow you away. Amid a diverse and eclectic range of emotional feature films, quirky personal narratives, and thrilling documentaries, a clear stand-out is the festival’s opening night film, Summer of Soul, a music and cultural documentary from director Questlove in his feature film debut.

After discovering lost footage from one of the most important music events of the 20th century, Ahmir “Questlove” Thompson has brought the 1969 Harlem Cultural Festival to life in a film that pulsates with colour, beats, and atmosphere. During a year where live music has been replaced by rewatching grainy videos of music festivals from summers past on your iPhone (just me?), this ode to Black music and Harlem’s art scene is such a refreshing, revitalizing, and soulful documentary tinged with the mystery of why it took so long for the world to see it, as teased by its full title: Summer of Soul (…or When the Revolution Could Not Be Televised).

Though the documentary does not have a distributor or release date yet, Apple, NEON, and Sony have already bid for a range of projects, and it’s unlikely this one will be without a home for long, so it’s worth getting hyped up for its eventual release now.

The film’s debut at Sundance on Thursday January 28 was timed with the news that Coachella Music Festival would be cancelled this year, but don’t be tempted to compare the two events. Nicknamed “Black Woodstock” for its funky and legendary lineup — Sly & The Family Stone, Stevie Wonder, Nina Simone! — the Harlem festival took place over the course of six Saturdays and attracted an audience of more than 300,000. Talking heads in the documentary contextualize why this festival’s timing was pivotal to a community in rebirth. In an interview with the Associated Press, Questlove expanded on his own revelations while working with the footage.

“The purpose of this festival was to keep people’s minds occupied and give them something to look forward to in the summer of 1969. To see that happening in real-time in 2019, I realized that we had to dig deeper into the role of the artist,” Questlove told the site after the film’s premiere. “As time went on, I started seeing this movie in a whole other way. Had the events of 2020 not occurred, this film wouldn’t be the film that it is now. The parallels were too much to ignore.”

As for why it has taken so long for us to see Tony Lawrence introduce Fifth Dimension on a stage in Mt. Morris Park (now Marcus Garvey Park)? Well, you can probably guess why. The filmmaker, Hal Tulchin, who died in 2017, tried to release the footage of the counterculture revolution he documented that one hot summer, but networks had little interest in his film, despite its cultural importance and Tulchin’s long resume (he is also responsible for two Nina Simone projects, Soul of Nina Simone, and What Happened, Miss Simone). In his New York Times obituary, the paper notes that the 90-year-old was still pitching to share the footage up until a month before his death.

Finally released for Sundance audiences, it couldn’t be at a better time — the world needs to see, feel, and hear the hope in this one-of-a-kind viewing experience now more than ever. The sticky New York summers and the stirring words of Nina Simone are impossible to replicate, but Summer of Soul comes pretty damn close. 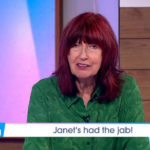 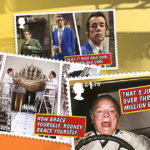