On this day 10 years ago, Adele unveiled what would become one of the greatest albums of the 21st century so far.

21, the powerhouse singer’s second album, still holds so much weight and influence in pop culture that it’s quite hard to believe it has already reached its 10th anniversary.

Many fans will still remember the moment Adele, 33, performed the album’s lead single, Someone Like You, live for the first time on Later… With Jools Holland in November 2010.

The understated ballad was a slight departure from the funky pop of Adele’s debut album, 19, and ushered in the chapter of her career which arguably remains her most iconic.

Released on January 24 2011, 21 went on to rack up unprecedented accolades, many of which are still unmatched.

In short, whether you’re a pop fan or not, it’s hard to deny that 21 was and continues to be a masterpiece.

Don’t believe us? Here are 21 incredible facts to prove just how legendary 21 is…

2. 21, boasting 11 tracks and singles including Someone Like You and Rolling In The Deep, debuted straight in at number one in the UK after clocking up 208,000 sales and remained at the top for 23 weeks non-consecutively.

5. So far, the 21 album has sold over 31 million copies worldwide, 10 years after its release.

6. Because no one buys physical CDs anymore, you’re probably not aware that the thank you note in Adele’s CD cover reads: ‘Thank you to everyone who has been a part of this record. Everyone who brought me back to life to write it. And to everyone who played on it and took it to their hearts to make it happen.

‘To everyone along the way in the past and in the present – family, friends and fans. Thank you from the bottom of my heart. Love always, Adele x.’

7. In the UK, 21 has spent a grand total of 23 weeks at number one – the very first 11 of those weeks being consecutive (it would have been more but Foo Fighters briefly interrupted her chart reign).

8. 21 was the longest-running number one album for 45 years, spending the most time at the top since Simon and Garfunkel’s 33-week chart-topping hit, Bridge Over Troubled Water, in 1970.

9. Adele was forced to cancel the remainder of her tour supporting the album in 20212 to undergo vocal surgery, playing just 34 North American shows of the leg.

10. Five singles were released from 21 – Someone Like You, Rolling In The Deep, Set Fire To The Rain, Rumour Has It and Turning Tables – across one whole year exactly.

11. Adele’s break-up ballads on 21 were written about a former love and sparked a hunt for the mystery man.

While the singer has never revealed his identity, the New York Post previously claimed it was a British musician/actor and Adele began writing the songs just hours after their nasty split.

12. Someone Like You actually debuted at a relatively low number 36 before climbing the charts.

13. Fans in the States were a little confused about the term ‘rolling’ in Rolling In The Deep.

Adele explained why she chose to use the British slang ‘roll deep’, which means having someone’s back in a fight.

She told Rolling Stone magazine: ‘And that’s how I felt in the relationship that the record’s about, especially Rolling in the Deep. That’s how I felt, you know, I thought that’s what I was always going to have, and um, it ended up not being the case.’

16. It earned Adele two Brit Awards but surprisingly doesn’t come near to the Brits success she achieved with her third album 25.

17. Beyonce has previously said that 21 inspired her own emancipating album 4.

18. The album version Rolling In The Deep is actually the raw demo – producer Paul Epworth revealed he and Adele decided this was better than a polished version.

19. The track He Won’t Go was written about a friend who was a heroin addict and his journey to rehab.

20. Ryan Tedder revealed the origins of the thumping single Rumour Has It, explaining to Entertainment Weekly: ‘It came from a conversation: She walked into the studio and was so pissed off, saying, “I’m so mad, all my friends are spreading rumors — rumour has it Adele did this, rumour has it Adele’s sleeping with this guy”….’

21. Adele addressed comments that she would never write music as good as 21, telling Vanity Fair in 2016: ‘I can see from an outsider’s perspective that I will never write songs as good as the ones that are on 21, but I’m not as indulgent as I was then, and I don’t have time to fall apart like I did then.

‘I was completely off my face writing that album, and a drunk tongue is an honest one. I would drink two bottles of wine, and I would chain-smoke. Then I’d write the lyrics down and the next morning think, “F**k, that’s quite good”. Then I’d find the melody.’ 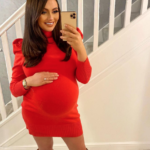