Billie Eilish delighted fans as she dropped her new collaboration with Rosalia, Lo Vas A Olvidar.

Fans have been waiting for the song to drop for months, with the star penning the haunting single in January, 2019.

While we’ve heard the 19-year-old go from belting out Bad Guy to the soundtrack to upcoming James Bond film, No Time To Die, her latest hit is something completely different – as they both sing mostly in Spanish.

There are a few English lyrics sprinkled in there, but the majority of the heartbreak track is in Spanish.

What is the meaning behind Billie Eilish and Rosalia’s new song?

Lo Vas A Olvidar is a slow, poignant break-up song, with the title translating to ‘You will forget it’, while the lyrics ask a lost love to ‘tell me if you still won’t forgive me’.

Billie delivers the last two lines of the track in English, making the ending that much more stirring.

‘You say it to me like it’s something I have any choice in,’ she whisper-sings.

‘If I wasn’t important, then why would you waste all your poison?’

Billie has been praised for her new song, with fans obsessing over the lyrics as well as her ability to create bops in two different languages.

But she confessed that she doesn’t actually speak or understand Spanish – with Barcelona-born Rosalia teaching her through their sessions.

We stan her for the effort.

During an appearance on Zane Lowe’s Apple Music show, she told the host: ‘I don’t really know what I’m saying.

‘I’m not enunciating in the same way I would with my own stuff.

‘She was coaching me through it.’

Who wrote Lo Vas A Olvidar?

Billie also explained that Lo Vas A Olvidar was even more of a family affair than usual, with her parents helping out with writing the lyrics.

The teenager’s brother, Finneas, produced the banger, with everyone pulling together for the end.

‘So my mum, my dad, Finneas, me, Finneas’ girlfriend Claudia, we all came down to the studio, and we listened,’ she continued. ‘And me and Finneas were like, “Should we just write this line right now?

‘So I was sitting in the room with my entire family. We both, all of us, including my dad and my mom, they were like, “What if it was like….” We were all giving ideas.

‘So technically they should have a writing credit, because we all wrote that line right at the end.’ 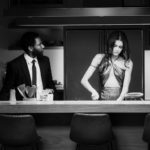 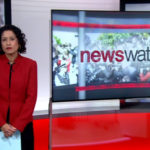