Megan Thee Stallion and DaBaby may look like kids in their new video for ‘Cry Baby,’ but this new visual is definitely for adults.

It should be no surprise that Megan Thee Stallion’s video for “Cry Baby” would be a sexy, steamy, and …slightly naughty(?) visual. A rambunctious raunchy sex jam, “Cry Baby” sees Meg and DaBaby come together to celebrate one of their favorite sex positions, but the video seems to lean more into the “Baby” part of the song title. As seen in the previews that Meg posted to her social media ahead of its official release, “Cry Baby” takes place in a toy store, with DaBaby action figures, scantily clad doll backup dancers, and Meg rocking some baby blue lingerie.

The pastel blue set wasn’t Megan’s only outfit: The hitmaker also rocked a tropical flower print halter top and cheeky briefs, a yellow latex bodysuit and a pink latex co-ord with another fun flower print. At one point, Megan even showed off her “WAP” moves, which became a trend after her and Cardi B ‘s collaboration “WAP” became a cultural landmark in Aug. 2020.

This is far from the first time that Meg and DaBaby have worked together. They teamed up for “Cash Shit” in 2019 and “NASTY” in April 2020. They were also both members of XXL’s Freshman Class of 2019. In a November interview with SiriusXM’s Hip-Hop Nation, Megan acknowledged that she and the North Carolina rapper have chemistry, and they “often talk about” working together on a collaborative project, similar to Watch The Throne. “We definitely need to get to work on that.”

Taken from Megan Thee Stallion’s Good News, the debut studio album she dropped in November, “Cry Baby” is described by Genius as being a “quality banger” that sees Meg and DaBaby brag about their sexual exploits and that “their body counts are so sky-high that even their friends and parents are being a ‘cry baby’ about it.” DaBaby also mentions “do the crybaby,” a dance from the 90’s that The Boombox notes was one “you couldn’t perform in front of your parents. The moves are sensual and require a lot of dry humping to execute properly.” Teyana Taylor resurrected the video for Kanye West’s “Fade” in 2016, and it seems both DaBaby (“Lay down on the bed, do the crybaby”) and Megan (“Lay on my stomach, toot it up, do the crybaby”) are fans.

“I want Black women to be louder,” Megan told GQ in a November issue, in part of the publication dubbing her Rapper of the Year. “I want us to be sassier. I want us to demand more, be more outspoken, keep speaking and just keep demanding what you deserve. Don’t change—just get better. Grow from these situations. Don’t be beating yourself up about these situations, because that’d be a lot of problems too. I feel we keep this stuff in, and there’s some kind of way we flip it on ourselves. We didn’t fuck up—We didn’t do something wrong, and it’s like, ‘No, girl, relax. You just needed somebody to come stir the Kool-Aid.’ ”

Meg’s 2020 was her loudest – and most successful – year yet. In addition to sharing the Good News, Hot Girl Meg took over the Internet thanks to Keara “Keke” Wilson’s viral choreography. The #SavageChallenge blew up online, and Meg continued that success with hits like “Girls In The Hood,” a remix of “Savage” that featured Beyoncé, and another TikTok-trend-spawning banger, “Body.” 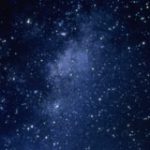 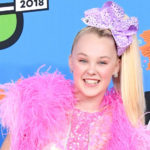 How old is JoJo Siwa and what is she famous for?