Police in Atlanta have appealed for help in locating rapper YFN Lucci, who is wanted for murder charges following a shooting in December.

Overnight homicide investigators made a public plea for information on the rapper – real name Rayshawn Lamar Bennett – after two men were shot in Georgia on December 10.

Reports have stated the Wet performer is wanted for felony murder, aggravated assault, participation in criminal street gang activity, as well as possession of a firearm during the commission of a felony.

According to People, police said in a statement: ‘Bennett is wanted on multiple charges for his role in the shooting death of 28-year-old James Adams.’

In December police were called to the scene of a shooting, and found Adams fatally wounded in the middle of the street. He was taken to hospital, but later succumbed to his injuries.

A second victim was also shot in the abdomen, but survived, the Atlanta Police Department confirmed. It’s been alleged the two shootings are likely connected, with investigations ongoing.

As well as Bennett, two other suspects, reported to be Ra’von Boyd and Leroy Pitts, were taken into custody for their alleged involvement.

Last month Bennett released the third installment of his mixtape series, Wish Me Well 3, featuring Rick Ross and Yo Gotti.

Controversy arose in 2018 when Cardi B was forced to defend her husband Offset against allegations of homophobia, after the Migos rapper used a lyric by YFN Lucci that included the word ‘queer.’

Vicky Pattison’s dad battled cancer last year alone due to Covid restrictions: ‘We were unable to comfort him’ 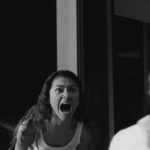 John David Washington brushes off Zendaya age gap criticism in Malcolm and Marie: ‘She is a woman’