The choral group of 23 nuns live in the south of England at a convent and have been making waves in the music scene.

The group debuted their new album Light for the World in October and became the UK’s best selling classical artist debut for the year.

The nuns have now seen a staggering resurgence thanks to a digital deluxe release of Light for the World which saw four tracks added to the album, which has seen a massive 1000% increase in sales in just 4 days.

However, a more probable reason for the nuns’ huge push comes from an appearance this Tuesday on ITV’s This Morning.

In an emotional interview, host Holly Willoughby ended up crying after talking to the sisters. One of the nuns said: ‘Listen to our CD if you’re at home and you’re fed up or you’re anxious or you’re feeling depressed.

‘Somewhere in Arundel in West Sussex there’s a community of women and we’re here and we’re with you and we’re making the journey as well.’

This left Willoughby crying, saying: ‘Some people they just talk and they really get you don’t they? Thank you.’

The presenter added: ‘When someone says that it’s all going to be ok, it’s nice to hear isn’t it.’

It’s clear the nuns have now broken into the mainstream, beating out several world-leading artists like Queen, Dua Lipa, Taylor Swift, going up a staggering 56 places in the charts.


MORE : Holly Willoughby consoles This Morning caller sick with Covid-19 as they burst into tears 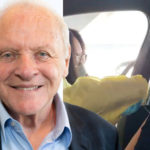 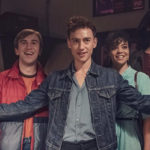