A Place in the Sun presenter Jonnie Irwin has confirmed that filming for the Channel 4 show has been halted once again due to the latest lockdown restrictions.

The programme, which has provided viewers with a bit of escapism during the past few months, has been stopped following Boris Johnson’s announcement of a third national lockdown.

Earlier this month, it was revealed that a number of countries were considering tougher travel restrictions on the UK in a bid to keep the new strain of coronavirus out.

After the first national lockdown in March, the series was able to resume after bosses put strict measures in place.

However, Jonnie, who has been a host of the show for 16 years explained to Metro.co.uk that production has been paused again.

‘Travelling is in my habits,’ Jonnie told us. ‘So I feel a bit like a caged animal it’s a bit weird.

‘The sacrifices you make, you know travelling on the Sunday when you leave your family behind, you forget about that and on Monday morning you kind of wake up and you just think “Why aren’t I somewhere else?”.

‘I spend half of my working year abroad or on location somewhere. So, to be in the same place all the time it’s kind of bizarre.’

‘It’s not a hardship it’s just strange,’ he added.

The property expert went on to explain that that despite being able to spend time with his family, he does worry as he’s self employed and not earning any money.

He continued: ‘I’m getting to spend lots of time at home with my family and seeing my babies grow up which is good.

‘But you do worry as I’m sat at home not earning money. My job is a provider and at the moment I don’t feel like I’m providing.’

Last Friday, the Prime Minister held a press conference where he made further bans to and from the UK.

Current Government advice only permits foreign travel out of the UK for ‘essential’ reasons.

But those who need to leave the country for work or other legally permitted exemptions may no longer be able to do so.

Many EU countries still allow Brits to enter for essential reasons, or on the condition that they quarantine.

A Place in the Sun airs daily at 3pm on Channel 4. 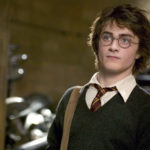 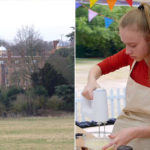 Where is Junior Bake Off 2021 filmed and was it shot before Covid?