AJ and Curtis Pritchard, who are part of Coca-Cola’s Open to Better campaign, have opened up on whether Love Island could work set in the UK amid the coronavirus pandemic.

Curtis, who previously starred on the show in 2019’s series, admitted he felt that Love Island would lose some of its magic if it were to relocate to the UK amid the ongoing coronavirus pandemic.

‘Do I think it would be anywhere near as good if they brought it to England? No, I don’t.

‘I think how it was in Majorca, is because it’s in the summer, and we’re in the summer, so we’re able to relate to them and this is why I feel it works so well.

‘Because we’re in the same atmosphere almost except they’re on holiday in this incredible villa with incredible scenery and we sort of relate and we want to be there.

‘That’s why we want to watch it and we get so involved in everybody. If they brought it to England, everyone would watch it, it would still get the same amount of views, but I don’t think people would enjoy it as much. That’s the truthful answer for me.’

Curtis added: ‘We also can’t trust the weather in England either. So it would just be a different outlook, it would become very British. And I don’t feel like Love Island is very British.’

AJ and Curtis have also been living together amid the coronavirus pandemic, and made pledges as part of Coca-Cola’s Open To Better campaign.

Curtis’s pledge was to clean his act up and become a tidier roommate, while AJ wanted to spend more time with his loved ones and focus on mindfulness.

AJ explained: ‘Actually, I’m going to give Curtis one thing, he is doing really well. I’ve been focusing on spending time with Curtis and we both want to focus on ourselves in different ways, like, for me, I’m trying to run more and keep that fitness level.’

Curtis added: ‘Now is the time to focus on yourself a little bit, actually give yourself some self-love and support mentally and physically.

‘I enjoy a little bit of meditation, and I think people should really bear that in mind in this time, to try and focus on yourself and really keep yourself mentally active and physically active, whether that be gone for a little bit further to walk each day, or making sure you do get fresh air each day, they can make a world of difference.’

AJ added: ‘For me, something that I use for my mental health is literally to make sure I do go for a run or if I’m not going for a run, I’m at least going to go outside to get some natural light and simple things can make such a big difference, and that’s what this campaign Open To Better is about – it’s the small things that really speak volumes.’

You can personalise your own Coca-Cola can as part of the Open To Better campaign here. 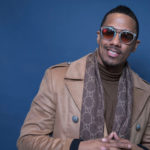 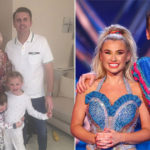