Andrea McLean has recalled how she submitted her resignation from Loose Women, keeping her decision a secret from her co-stars on the ITV talk show.

In November, it was announced that Andrea was leaving Loose Women after 13 years, with the presenter saying: ‘I want to be brave. It was a really big decision to jump and see if I fall or fly.’

Her final episode aired in December, having become the longest-serving panelist in the show’s history.

In a new interview, Andrea, 51, revealed how her co-hosts found out about the news, as she had kept it from all of them.

Speaking to the Sunday Mirror’s Notebook magazine, the journalist said: ‘I emailed my bosses. I just said I needed to follow my heart…

‘I was sat in the car! I had it all written and ready to go. I just felt like, now the next part of my life begins.’

After sending the email, Andrea had to inform her fellow Loose Women presenters in person that she was stepping down from the role.

‘I didn’t breathe a word to anybody because I felt like it was such a personal decision,’ Andrea said.

‘The hardest person to tell was Brenda Edwards, because we’ve become so close. She just burst into tears and ran out of the room.’

Stating that her co-stars were left in a state of ‘absolute shock’, Andrea added that it was a ‘total coincidence’ that Saira Khan announced that she was also leaving the programme shortly afterwards, although she ‘wasn’t surprised’.

The presenter expressed her view that the pandemic has prompted people to ‘reflect on this one life you’re given’.

‘Are you doing what you love? Are you living it in a way that when you look back when you’re 100, you think, “Yeah I did what I was really passionate about”,’ she said.

During a recent appearance on Steph’s Packed Lunch, Andrea admitted that she’s feeling ‘calm’ since quitting Loose Women and embarking on a new wellness and fitness project called The Girl Is On Fire.

‘The pandemic changed everything in terms of my attitude,’ she told Steph McGovern.

‘I’d always wanted to do something like this but I was always waiting for the right time.’ 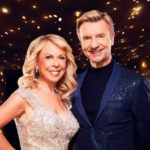 Dancing On Ice: Jayne Torvill defends ‘harsh’ scores: ‘There’s a lot of improving to be done’ 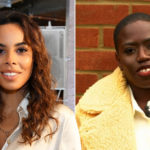