ITV has finally confirmed when Ant and Dec’s Saturday Night will be back on our screens.

Ant McPartlin and Declan Donnelly will be back to make us all laugh on Saturday, February 20, as they front the biggest show on telly.

Undercover and I’m A Celebrity…Get Out Of Me Ear will be back with some famous faces taking part including Davina McCall, Sir Mo Farah, as well as Jamie and Harry Redknapp.

Remember when they pranked Bradley Walsh last year? It’s a moment we will never forget.

Ant and Dec also have another fantastic giveaway planned for viewers which will be revealed in the first show of the new series.

Like many programmes during the pandemic, Saturday Night Takeaway won’t have a live studio audience, although that doesn’t mean the 300 people in the virtual audience can’t still Win the Ads.

The Honoured trilogy series may have come to an end but the boys will be back with a new mini-series called Double Trouble.

X Factor star Fleur East and Stephen Mulhern will also be gracing our TV screens and we can’t wait to see what they have in store.

The beloved panda’s Bam and Boo (Ant and Dec in realistic prosthetic costumes) will be up to their old tricks again after causing havoc at London Zoo last year.

This time they’re hiding out in Hamley’s toy shop within a teddy bear’s picnic and they need the kids’ help to escape.

In the lead up to the programme, Ant and Dec have been teasing fans with behind-the-scenes clips and photos.

In their latest video, the comedy duo are dressed up as PJ and Duncan as they recreated some of their iconic dance moves to Let’s Get Ready To Rumble.

We can already tell this series is going to be a good one.

Ant and Dec’s Saturday Night Takeaway begins on February 10 at 7pm on ITV. 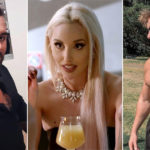 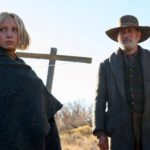