Ashley Banjo has admitted that his Black Lives Matter routine on Britain’s Got Talent is still causing some trouble – even among his own family.

The Dancing On Ice judge performed the routine with his dance troupe Diversity back in September, honouring the Black Lives Matter movement and the protests at the time.

In particular, the team marked the death of George Floyd at the hands of police in the US in one harrowing moment, where Ashley was seen replicating Floyd’s death with a policeman kneeling on his neck.

The politically infused routine saw more than 31,000 Ofcom complaints made against BGT – and Ashley has said even his own family have had spats over it.

He told the Daily Star: ‘Even among my own family and friends the performance sparked conversation.

‘There has been some negativity with my family. There was division.

‘People didn’t directly disagree with the performance but there was a conversation about if it was really necessary.

‘I saw it happen in my own household.’

He added that some people ‘haven’t spoken to him at all’ after the performance aired.

Ofcom decided not to investigate the complaints, with Ashley’s brother Jordan Banjo supporting Diversity and stating the routine wasn’t meant as a political statement, rather became one.

More complaints were waged a week later when Alesha Dixon stood her ground and supported the movement by wearing a BLM necklace and speaking out on social media.

ITV also defended Diversity and hit back at the criticism, publishing an ad in national newspapers with an anti-racism message that read: ‘We are changed by what we see. Just as we are changed when we are seen.’

At the bottom of the black and white image of the routine, the ad stated: ‘ITV stand with Diversity’. 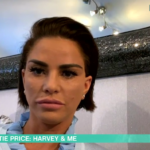 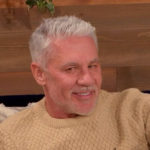