The scheme, which will be introduced from February 15, means that anyone arriving in the UK from a ‘red list’ of locations will need to self-isolate for 10 days in accommodation approved by the government.

It is intended to make sure people follow the rules, and reduce the risk from new strains of coronavirus such as those identified in South Africa and in Brazil.

During Friday’s instalment, Charlie clashed with Mr Cleverly as he pushed him for an answer over where the new strain of coronavirus is coming from.

He also quizzed the MP over why it has taken the government so long to put the system in place.

‘Where is the new strain of coronavirus coming from?’ Charlie quizzed.

To which the MP replied: ‘I have no way of knowing. What I do know…’

Interrupting Charlie continued: ‘Let me pick up on that point, this is a very important point with respect.’

‘Let me just follow the question up, you have time to answer,’ Charlie hit back. ‘The reason I asked the question that way is that you don’t know where the next strain is going to come from. That’s an obvious thing.’

As Mr Cleverly attempted to answer again, Charlie said: ‘The obvious conclusion of that is that you close the borders to all countries because you don’t know where the strain is coming from.’

‘You’re trying to tee-up a nice this radio moment but you cut off my answer,’ Mr Cleverly responded.

‘If you’d let me answer answer in full, you’d understand why our policy is very effective.’

The MP went on to explain that the UK has a ‘unique offer to the world’ by helping scientists around the world to identify new strains quickly so that they know where new variations are developing.

‘The logic of your answer if I’m following it correctly is that we’re good at finding the virus strains after they’ve got here,’ Charlie added.

‘So, that’s the good bit of this equation is it?’

As Mr Cleverly tried to answer, Charlie continued: ‘A lot of people would see it the other way around which is the foot first approach which would be you try and stop them from coming in before.’

‘I think you misheard the point,’ Mr Cleverly replied. ‘The point I made is we are sharing our research findings, we are sharing our methodology around the world so that the whole world is better at identifying new strains in their own countries.

‘The point is the international scientific community is working together. The UK is a leading force in this and I’m very proud that we are.’

Taking to Twitter after the segment, viewers praised Charlie for pushing Mr Cleverly to give him answers about where the new strain of Covid is coming from.

‘James Cleverly we are great at finding the new strain once it’s entered our countries. Whole point of this is stopping it coming here in the first place and Charlie is right we don’t know where the next one is coming from,’ on tweeted.

While one added: ‘@JamesCleverly clearly rattled by Charlie Stayt on #BBCBreakfast. The big question is why wasn’t hotel quarantine sorted out almost a year ago?’

Another commented: ‘Well said Charlie! In the time testing on the new strains are being found, the new strain could already be here! Close the borders to ALL!’ 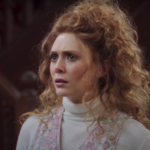 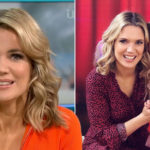