The Wire named best TV show of 21st century – do…

BBC Breakfast’s Dan Walker has revealed he once stopped the legendary footballer Pelé from signing a kit bag he received for free because it would ruin it.

The presenter made the shock confession to Rob Brydon, David Mitchell and Lee Mack as he joined tonight’s episode of Would I Lie To You?.

Speaking during the Home Truths round, which sees panelists read out a statement about themselves with the opposing team deciding whether it’s true or false, Dan said the Brazilian sports star was halfway through writing his autograph when he asked him to stop.

‘If he started it, is it not better to finish it then to just have “Pe”?’ asked Lee.

‘I had taken a Brazil shirt with me, so I gave it to the great man and he signed the shirt, full signature on the shirt,’ Dan explained.

‘I took the shirt and turned to put it on my normal bag that I brought with me and then when I turned back, the great man had the bag he’d picked up and without thinking, I said, “Not the bag, Pele!”’

When asked how Pele had reacted, Dan recalled: ‘He sort of stared at me angrily, and then he said, “No one has ever asked me not to sign anything before”.’

He also added that he didn’t want the bag signed because he really liked it.

Unsurprisingly, the panel were stunned by Dan’s revelation and audibly gasped when he confirmed the story was true.

Viewers were stunned by Dan’s decision to deny himself a world-famous autograph and raced to Twitter to comment.

‘Cannot believe you told Pele not to sign your bag, that bag would have been worth a fortune,’ one penned.

Echoing a similar sentiment, another added: ‘I cannot believe what I’m hearing @mrdanwalker. You stopped Pele signing a free bag? Are you mental?!’ 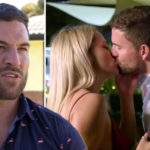 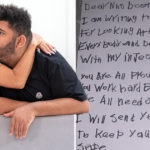