BBC Breakfast presenter Naga Munchetty clapped back at an online troll who branded her ‘false’.

Naga, who is famous for her no-nonsense interview technique, took to social media on Wednesday to respond to a bit of criticism.

The host replied to one BBC Breakfast viewer who called for Naga to be axed from the programme.

The viewer tweeted: ‘Really wish they would axe her.

‘She is so false. She hasn’t got a nice or watchable bone in her body. She is so annoying I have to switch off.’

Naga retweeted the post with the best response ever.

‘Thanks for sharing your thoughts,’ she penned. ‘Very constructive indeed (does that sound genuine enough?)’

Naga’s followers were quick to step in and defend the host, as one replied: ‘We rather like Naga here, but if we didn’t we would just turn over, not be rude about it.’

While one added: ‘I am sure aside from anything else that made you giggle. It’s stupidity made me giggle (Sic).’

The 45-year-old has opened up about being targeted by trolls in the past and how she deals with it.

Appearing on BBC Radio Five Live in August last year, Naga spoke to Emma Barnett and author Matt Haig about how her mental health is affected by online trolling.

When Matt asked how she dealt with ‘all kinds of rubbish’ on Twitter, Naga responded: ‘I have rather, shall we say, an assertive way, of dealing with people who abuse me on Twitter.

‘People saying anything on Twitter, they would never say to your face,’ Naga added. 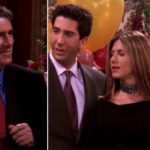 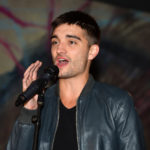