BBC Breakfast’s Naga Munchetty has been applauded by viewers for putting pressure on the government minister for coronavirus vaccine deployment and ‘making him do the maths’.

Nadhim Zahawi joined the programme on today’s show where he declined to give a date for when the first nine groups in the priority list will have received their first dose of the jab, but said people could figure the numbers out for themselves.

‘We will set out our target (for vaccinating groups five-nine) after we have hit our February 15 target,’ Mr Zahawi said.

‘But you can do the maths. We did 600,000 in a single day – the deployment infrastructure that we’ve built can do as much vaccines as we get supply, so the limiting factor will be vaccine supply.

‘You can see that in the next 10 or so days, we’ve got to do another almost touching five million and so if we keep that rate up we will very quickly go down the list of the top nine.’

Naga pressed Mr Zahawi on whether that meant it would take another 35 days from February 15 to have jabbed all 31 million people in the first nine cohorts.

‘Let’s do the maths then while we’re on air,’ she said. ’10 days you can vaccinate 5million people, you are confident. How many people who are in categories five to nine?’

Mr Zahawi responded: ‘One to nine is around 31-32million of which one to four is 15million.’

‘If we’re vaccinating 5million people over 10 days, we could be looking at 35 days from the 15th of February to vaccinate categories five to nine. Is that a reasonable assumption?’ Naga asked.

He replied: ‘That assumes the supply, so I don’t want to commit to a date without going through it with a very fine toothcomb with the whole team, because our limiting factor is the supply of vaccines ultimately.

‘With any manufacturing process, especially one that is new, there are challenges around that, as we’ve seen in Europe and as we saw in the early days in the UK as well.’

Viewers have praised Naga for her interview with Mr Zahawi and took to Twitter to share their comments.

‘He’s struggling. The giant Union Jack he has hanging in front of his living room curtains isn’t helping him it seems.’

‘Go get him @TVNaga01,’ added another. ‘He didn’t like the thought of “doing the maths” this government does not inspire me with the confidence they constantly speak of.’ 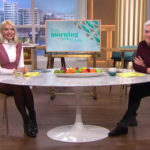 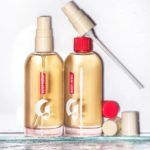 9 Game-Changing Products We Used ‘Til The End This Month