Below Deck star Izzy Wouters has spoken about her love life after recently coming out as gay.

The reality star and stewardess is known for her appearances on the Bravo show. The 29-year-old announced that she is ‘out and proud’ in a candid Instagram post in December.

Now, she’s revealed how things have been for her since then in an interview with E! News.

Izzy said she felt ‘lucky’ to be living in New Zealand, as the almost ‘covid free’ environment has allowed her to meet new people.

‘I’m not really… actively going out and going around dating and all this stuff,’ Izzy said. ‘But, I am… enjoying more getting to know people on apps and online.’

Izzy also joked that he’s looking forward to having the ‘ho phase’ she never had in her early 20s, saying she was excited to ‘be able to explore this side of myself’.

‘I didn’t kind of realize this at the start of last year because, before that, I just assumed I was bi,’ she said, adding: ‘It’s been really fun.’

Izzy rose to fame after appearing on Below Deck’s eighth season, which she joined alongside Francesca Rubi and Ashling Lorger.

Below Deck is available to watch on hayu and Bravo 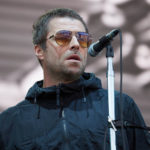 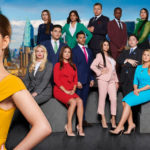