Below Deck’s Captain Lee Rosbach threw some shade at Sandy Yawn over her ‘maritime law’ drama.

The Bravo star was discussing the moment he threw drunk charter guest Delores Flora off the boat, after she jumped overboard for a night time swim.

During a chat with bosun Eddie Lucas, he explained that he had no regrets about ending her trip early, insisting that he could have taken things further if needed.

‘I said I will put her in cuffs and take her off the boat, and I have the legal authority to do that,’ he insisted.

When Eddie stated that it was ‘maritime law’, he burst out laughing at the quip, adding: ‘God don’t even mention that word.

‘So over the top. Maritime law.’

If you don’t quite remember, series five of Below Deck Mediterranean focused on Captain Sandy firing chief stewardess Hannah Ferrier after bosun Malia White informed her that she had a prescription box of Valium and a THC pen in her cabin.

Hannah’s controversial exit was met with a huge backlash from viewers – with the sacked stew later producing a medical prescription for the tablets.

She also stated that the THC pen contained a CBD oil, which is legal in Spain, where the season was being filmed.

However, Captain Sandy stood by her decision – citing ‘maritime law’ as her reason for the firing, revealing that prescription drugs of any kind need to be reported while on board, to maintain safety at sea.

The term ‘maritime law’ has since taken on a life of its own, spawning countless memes on reddit as fans clamoured to defend Hannah.

Captain Lee has publicly backed her on social media and, chatting to Metro.co.uk ahead of season eight, he said the way she had been treated was ‘irresponsible’.

‘I think that, had Hannah not been able to produce a prescription for the Valium that she had on board or whatever it was, then I would have terminated her as well,’ he told us.

‘But if she had a prescription for it… I’m not a doctor, I don’t have the authority to prevent somebody from taking properly prescribed medicine by a licensed physician.

‘Doing that, to me, is irresponsible and I certainly wouldn’t be presumptuous enough to put myself in the same category as a duly licensed doctor.

‘If she didn’t have a prescription for it, that’s a horse of a different colour.’

Below Deck season eight airs on Mondays in the US, and drops on hayu in the UK on Tuesdays. 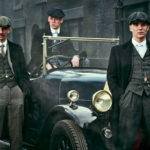 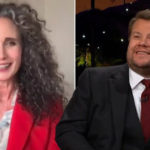 Andie MacDowell really wants to go skinny dipping once the pandemic is over because why not?