Snow has finally fallen in London, and Instagram users have been uploading their best pictures – including the Big Bang Theory’s Kunal Nayyar.

The star shared his joy at the spectacular weather with his followers, taking in the ‘pretty’ scene outside his window.

‘Good morning London, aren’t you pretty today,’ he said, posting a snap of the charming scene, with his feet sneaking into view.

The British-born actor has spent a lot of time filming in London recently, after spending much of 2020 in his LA pad in lockdown.

It’s quite a change of scenery for what Kunal is used to – and the actor seems to be loving it.

The 39-year-old had a big year in 2020. He starred in Criminal, his critically acclaimed first TV role since saying goodbye to Raj Koothrappali, and filmed opposite Uma Thurman in the upcoming Apple TV thriller, Suspicion.

Kunal Nayyar also previously took out to pass along his endless wisdom on Christmas Day.

Alongside a picture of himself wearing a baseball cap and an assuring smile, he wrote on Instagram: ’My prayer for you is this: to be a little easier on yourself.

‘All healing starts with gentleness, not only for others around you, but first and foremost for yourself. Starting the journey of self acceptance starts from where you are, not where you want to be. And the good news is- where you are is right here and right now.

The Big Bang Theory is available to stream on Netflix UK and HBO Max. 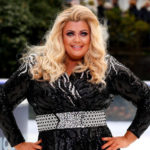 Dancing On Ice 2021: Gemma Collins confirms return to the show with surprise appearance 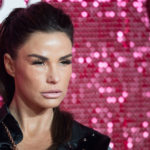